Market Research and the Entrepreneur

An ambitious Canadian entrepreneur in the market-research sector asked me recently if I thought that startup companies and new SMEs tend to make much use of market research to help with new product development or for general insight into their target markets.

While I haven’t formally studied this, I told him, I have made a few observations. My experience is that they trust their instincts first and foremost. Sometimes they do poll a few friends, though even a high-school student could tell you that's a pretty poor tactic, statistically speaking. 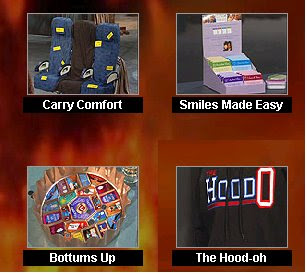 (Just watch an episode of Dragons’ Den to see how many entre-preneurs have poured years of effort into a product or project without ever really testing it against a market. Last night the Dragons sneered at an inflatable hoodie, a drinking game for fratboys, a card-based game to help families communicate, and a protective poncho for air travelers, among other things. They said they didn't think any of those would sell. And not one of the entrepreneurs appeared to have any market research with which to refute them.) (Or if they did, the CBC didn't show it.)

I totally believe that market research should be a line item in every entrepreneur's startup budget, but sadly, I don't think it often is.

Some startups I've talked to lately have moved forward based on viral Internet-based polls of 300 or 400 potential prospects, but I think they are looking more to confirm their own hunches rather than learn anything new or challenging.

Yet I think doing proper market research could save some of these people a lot of money - not to mention a year or two of their lives.

So there's probably a huge opportunity to provide this service to startups, although it would require a new approach to the industry and a much lower price structure.

There certainly are a good number of affordable research options out there. (Particularly for insight into your target or learning aimed at developing your product, rather than having solid "proof" that you will succeed).

The entrepreneur first needs to recognize that he or she doesn't already know everything(!) and then decide what big unanswered questions exist. I've seen businesses get a lot of mileage out of a small but well-designed project.

Rick, perhaps what you are really saying is that "wanabe entrepreneurs" are stupid. They ignore facts and hope that they are right.

Although I have met some who defied the odds, there has to be a connective with reality at some point - especially if you want venture capital.

From what I've seen on Dragon's den is that many wanabes think that enthusiasm alone will carry their dream.