Return of the Revenge of Ontario Business 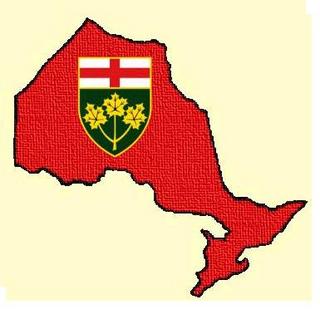 Two weeks after posting my thoughts on why an Ontario-focussed business magazine would never work, I got a call from a former colleague, a publication advertising sales professional, who wanted to pick my brain on that very topic - not knowing I had just blogged about it.

You can scroll down about eight postings to read my June 27 article, "Oh, the thrills of Ontario Business!" (or you can click here: http://canentrepreneur.blogspot.com/2005/06/oh-thrills-of-ontario-business.html )

So we met for coffee yesterday, and I told him why I thought Ontario doesn't really exist. But he insists there are advertisers who think otherwise.

I am still dubious. In my years in ad sales, I never once heard an advertiser or media buyer ask for MORE Canadian business magazines to advertise in. And I have never heard a business person say they didn't have enough magazines to read.

Nonetheless, I wished him luck, and gave him the name of the journalist who broached the idea with me a month ago. Maybe they can make it happen.

As I mentioned in the previous post, I have met too many entrepreneurs who have achieved the impossible to ever say that an idea won't work. After all, the concept is only part of the equation: It's the commitment and resources of its backers that determines the success or failure of any undertaking.

And I will deny ever saying these two should be committed.
Posted by Rick Spence at 10:10 AM