Success is just a tweak away

How fine is the line between success and failure? So small that sometimes it’s measured in seconds.

Here’s how one business found success through a teeny-tiny policy change that made all the difference. 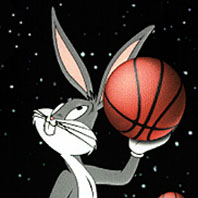 National Basketball Association was in trouble. As soon as one team got a healthy lead, players would “freeze” the ball, passing it around aimlessly or dribbling the ball in their own end till they were fouled. The lack of offence was killing the game just when it was struggling to be recognized as a big-league sport.

According to a story, 24-Second Clock Revived the Game, at http://www.nba.com, the owners realized something had to be done. Looking at baseball, with its three-strikes-you’re-out rule, and football with its "downs", the owners realized that they needed to introduce more time pressure into the game.

Result: the shotclock, which forces a team to advance and shoot within 24 seconds – or takes the ball away from them. In its first year, the 24-second rule boosted each team’s average score by 13 points – and ensured more baskets were scored from offense than the foul line.

Declared Danny Biasone, late owner of the Syracuse Nationals: “Pro basketball would not have survived without a clock.”

I believe business failure is never inevitable – and success comes only from constant tweaks, innovations and adjustments. What changes could you make in your business to restore the original passion and excitement – and help your company reach its full potential?

Today the 29 NBA teams are worth nearly $10 billion.
What’s preventing your business from becoming a superstar?
Posted by Rick Spence at 3:50 PM