This seems to be USA Week here at Canadian Entrepreneur. So to honour next week's visit to Canada by President Barack Obama, one more America-themed post... 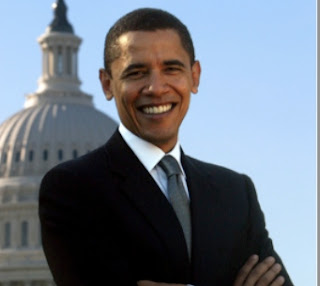 * Establish a clear and simple brand identity, then stick to it. "The Obama campaign was always about change."

* Manage your employees through metrics. "The Obama campaign amassed a payroll of 5000 employees with a volunteer base in the millions. Each employee and volunteer had metrics to meet. Whether it was a field organizer assigned a set amount of volunteers to recruit, or a fundraiser delegated a certain amount of money to raise, everyone knew their goals and their role in the organization."

* Stay one step ahead of your competition. "David Plouffe has repeatedly stated that Obama is president today because of their state-by-state strategy during the primaries. They were usually one state ahead of the Clinton campaign."

* Keep your customers' expectations in check.
Well, three out of four isn't bad.

You can read the full story here.
Posted by Rick Spence at 10:19 PM

Obama has show his talent and capability to lead us