Keeping the Faith at Research in Motion

What's the matter with RiM? Its latest quarterly results blew the roof off last week, yet the stock went up just a few pennies. It looks like iPhone-phobia is choking off Canada's best high-tech success story.

But Canadian value investor Saj Karsan has another perspective. In an article this weekend entitled "Six Reasons You Should Buy Research in Motion," he points out some of the company's enduring strengths that Wall Street may be overlooking. 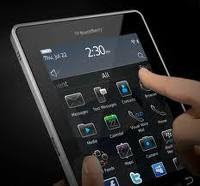 Among his points:
* RIM has very high Return On Capital - its trailing 12-month return on average equity is 38%! "To put it in perspective," writes Karsan, "Google, Microsoft and Exxon, three very profitable companies at the moment, generate returns on equity of just over 20%."
* There is Safety in RIM's Financial Position: The company has no debt, and sits on a couple of billion dollars of cash.
* New Products: RiM's current earnings reports include costs associated with products not yet on the market (such as the tablet company the company is reportedly releasing later this year). RiM now spends $300 million per quarter on R&D, but the profits from these new products are of course not reflected in the current statements (although the costs are). "As such, the company is even more profitable than it appears."
* Buybacks: Believing its shares are cheap, RiM is reducing its outstanding share count. In the first half of this year, RIM spent $2 billion buying back shares. This buying pressure supports the stock price even as it reduces the number of shares between which profits will be shared!
You can read the full article here (registration required).
Full Disclosure: Yes, I own shares in RiM. Doesn't everybody?
Posted by Rick Spence at 1:05 AM