Google Street View, or, This is no Place for Modesty

On a dark November night in Toronto, I cruised down the summery Trans-Canada Highway from Banff to the BC border... courtesy of my computer and Google's Street View. I find this addendum to Google Maps fascinating. It's a useful tool for previewing places I am headed to (eg, Saskatoon next week), or a fun way to explore foreign sites or to just look back at some favorite places.


It's remarkable how in just two years, Street View has expanded from not just Toronto and Montreal but to rural towns and highways right across Canada (not to mention all over the U.S. and Western Europe, and selected parts of Asia, Australia and major cities in South America -- see map). 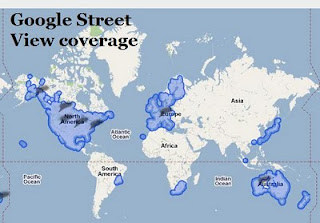 You've probably gone looking for pictures of your own house or office - it's the first thing we did, and we found our daughter got in the picture when she was out weeding the front lawn. (She never noticed the Google car with the 9-lens camera mounted on top.)

But I think Google Street View will become recognized as an amazing way to explore the world. Main highways, back roads, even pathways (using something called Google Trikes).

For instance, I've always dreamed of driving the Dempster Highway up to Inuvik, NWT, almost to the Arctic Ocean. Yet I know the drive would be long, hazardous and boring. So how cool is it to follow along with Street View - their camera went to the very end, to a junkyard at the end of Navy Rd., just north of Inuvik. And here it is: the very end of driveable Canada. 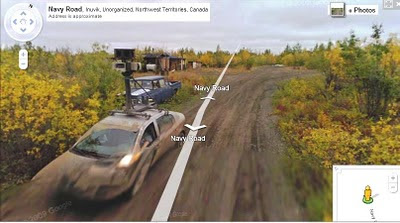 (Looks like the Google cars travel in pairs. And sometimes they get very muddy.)

But how cool is to see some of the most famous places in Canada immortalized in candid shots in Google Street View? Remember, these aren't just still pictures - they are melded into amazing panoramas where you can pan, tilt, or zoom, and follow the road as far as you want just by clicking your mouse (I estimate maximum speed to be about 100 kph. But that's a lot of clicking!) So enjoy Peggy's Cove, Quebec City and Niagara Falls. 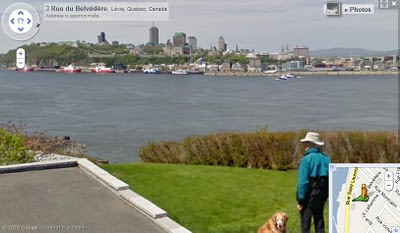 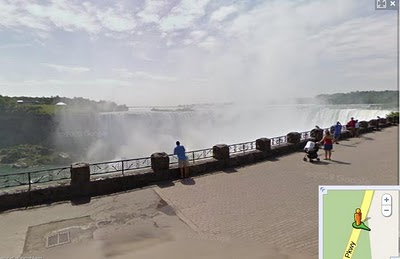 But here's my favourite view. Following the TransCanada west from Lake Louise, I climbed to the summit that marks the border between Alberta and BC. As you can see, they were just putting up a new "Welcome to Alberta" sign for eastbound drivers, promoting "Wild Rose Country" (a beautiful name, but what does it mean?). 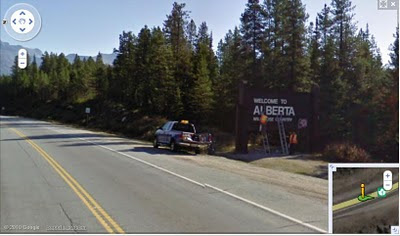 Now look how BC takes advantage of the situation. It shouts to westbound motorists, "Welcome to British Columbia: The Best Place on Earth." 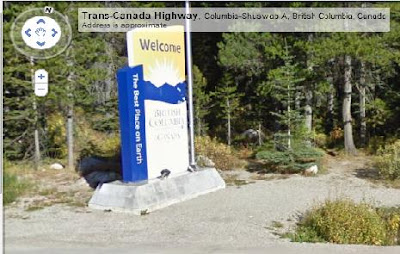 I guess they didn't get the memo about Canadians being modest, unassuming people. Good on them.
If you have an office or a prominent sign along a city street or stretch of highway, maybe you should be marketing to Google Street View - as well as to local passersby. Increasingly, the whole world is watching. So let's think big! 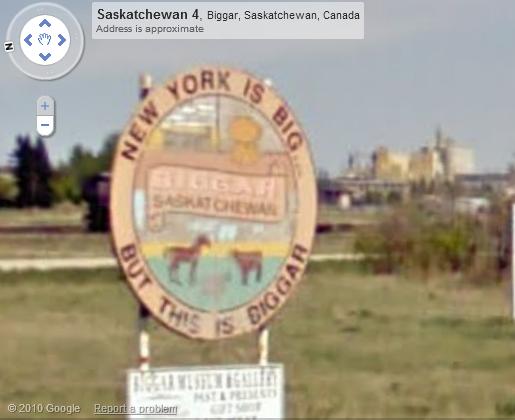 I love this place.. Thanks a lot..