Congratulations to Canadian entrepreneur Daniel Gelbart, who is receiving an honorary degree today from the University of British Columbia. 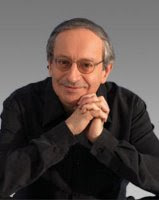 Though not a household name, Gelbart is an extraordinary engineer whose genius for invention has produced significant contributions to communications and electro-optics. He co-founded Burnaby-based Creo Products, which revolutionized the printing and imaging sectors industry in the 1990s. By 2005 Creo had 4,000 employees, and it was acquired by Kodak for a cool $1 billion.

As an eight-year-old in Israel, Gelbart had his own laboratory in his parents' home. At the age of 12, he received an award for child inventors from the Weitzman Institute. In 1973 he immigrated to Canada, where began inventing and developing innovative products. He now holds more than 100 patents.

Among his many important inventions are the mobile radio data terminal, the digital film recorder, which won the Research and Development 100 award; and the world's first optical tape recorder.

Having retired from Kodak, Gelbart is now tackling new challenges in the medical field.

He also teaches in and advises UBC’s Mechanical Engineering department. According to UBC, “this year, he is teaching a graduate course about industrial sensors and actuators, for which he is freely giving his time and personally providing all needed equipment and material resources.”

Valve actuators are really needed for complex tasks in the high power market.If the load requires accurate positioning, the electric actuators as well as the valve actuators has the advantage among others.That is why,to familiarize yourself in this kind of industrial application , knowing how an automation works is a wisely action and will positively keep us in track.