The March issue of PROFIT Magazine has lots of recession-fighting tips for you and your business.
Its article, "How to beat the recession", features tried and true strategies from entrepreneurs who have beaten slowdowns before, and are working to do it again.
JOSEPH MIMRAN of Toronto-based Joe Mimran and Associates, fou 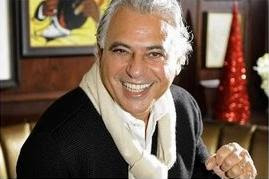 nder of Club Monaco, says recession is a great time to acquire strategic assets cheap. In the recession of the early '90s, he acquired choice retail locations in Toronto, New York and other key centres for just 12% to 15% of what he would have to pay for them today. “These are the times that can set you up for the next big move in the marketplace."
DOUG KERR of Vancouver homebuilder Kerr Construction survived the slow markets of the 1990s by surveying consumers’ wants and needs, then doubling his sales and marketing budget to promote his services with weekly mailouts. During slow times, Kerr found that three-quarters of his business came from existing clients, so he “serviced the heck” out of them to earn repeat business. “It didn’t really matter what the economy was doing,” says Kerr: “It was what I did that made a difference.”
RITA TSANG, CEO of Toronto-based Tour East Holidays, beat the SARS crisis of 2003 by boosting employee communications. With travel to and from Asia reduced to a trickle, says Tsang, “We didn’t lay off anybody at all. What we did was have very good internal communications. We let them know that it was indeed a very difficult time, but that we’d hold on. We encouraged them to take their discretionary vacations. We also reduced work hours so that people worked on rotation." She says the company's decision to avoid layoffs gave employees "a great sense of belonging. They were grateful that the company was there for them."
In addition, the company expanded its tours to include closer-to-home speciality destinations, such as spa holidays. "It was really well received, and today we continue to grow in that area."
For more war stories, click here.
Posted by Rick Spence at 11:50 PM