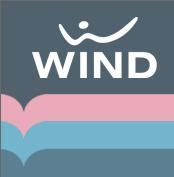 Globalive is an innovative provider of a wide range of telecom services, from hotel-based long-distance to Yak phone and Internet services. Yet when founder Tony Lacavera decided two years ago to enter the bidding for wireless spectrum to help bring more competition to Canadian mobile industry, he couldn't raise any money in Canada or the U.S. 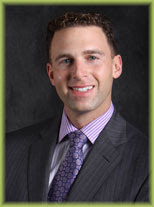 Lacavera called every contact he had in the financial business, as well as cold-calling wireless companies around the world in search of partners. He made all the calls himself, fuelled by equal parts aggression and humility. He knew Globalive couldn't pull off this coup on its own. “I don’t believe in ‘David and Goliath’ scenarios,” Lacavera told me last year. “If you hit big competitors in the eye, you’re going to lose.”

He finally found a Goliath partner in Orascom, the progressive Egyptian wireless company run by chairman and CEO Naguib Sawaris. In funding Globalive’s ramp-up, Sawaris agreed to a complex series of transactions and restrictions to satisfy Canada’s byzantine domestic ownership regulations. So everyone took a huge chance when Globalive bought $400 million of wireless spectrum last year.

And it’s good to see the federal government (which had approved the ownership structure prior to the CRTC’s questioning it) standing behind a gutsy Canadian innovator.

Wind has already hit the good running, with ads in major newspapers and today’s announcement that it will sell phone plans through kiosks in Blockbuster Video stores (in Toronto and Calgary, to start).

I interviewed Lacavera extensively late last year for a profile in PROFIT Magazine. Check out the story here for a look inside the mind of a great Canadian entrepreneur, and a peek at the future of telecom.
Posted by Rick Spence at 9:48 AM