10 Questions Before you Start Making Videos

I recently read a passionate post by an entrepreneur on LinkedIn urging everyone to join the video revolution, Why, with a $150 camera, free editing software and distribution by YouTube, anyone can create a world-class profile for their business!

To me that's like telling someone, "Hey, a Picasso just sold for $10 million. You should take up painting." Creating a video is an art in itself, and probably outside the skill set of most entrepreneurs. Of course they could learn it, but is that really the best use of their valuable time? 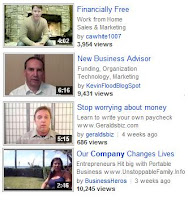 Anyway, here is the response I wrote in that thread:
I'm not convinced. Most people lack the skill to write a coherent blogpost. (It's not their fault. Skilled essay-writing, like painting or carpentry or designing a brochure, is not a gift shared by the general populace.)
So why would we now issue a blanket suggestion to untrained amateurs to script, produce and edit their own videos?


When I took 8 weeks of scuba lessons, I was told that learning the mechanics of diving would only take an hour. The other 15 hours were all about learning what to do if something goes wrong. Because the risks are so significant!
I believe that the business risks of producing a raw, poorly planned, unscripted, ill-lit, fuzzily shot or randomly edited video are significant, too. Anyone urging business owners to go out and start vlogging should include a warning that this endeavor is fraught with peril.
Just because the technology is now affordable and cheap doesn't mean everyone should become their own DW Griffith.
Best way to get started in video: discuss it with a colleague who understands both the language of film and the technical requirements. What are you trying to accomplish? Who are you trying to reach? What do you want them to do after seeing your video?

How can the work you do be conveyed in an exciting, visual way? And should you ever be allowed in front of a camera?
What would your customers expect from you? How can you fulfil those expectations in creatively unexpected ways? How much time and effort are you prepared to devote to producing your video(s)? To promoting your video(s)?
And how will you measure success?

Is video a tool with great potential? Yes. A surefire do-it-yourself marketing miracle? Sadly, no.
That's what I wrote. What do you think?
Posted by Rick Spence at 9:27 AM

I agree with you. It's the same way in the accounting business. Some people think that purchasing a copy of Quickbooks or Simply Accounting software will automatically make them accountants.