My column this week in the Financial Post looks at a key problem facing family-owned businesses (which make up >80% of the Canadian business landscape): How do you engage the second generation and prepare them for their roles as heirs and maybe even future CEOs?
I talked with members of the Bragg family from Oxford, NS, home of the Bragg Group, which is the world 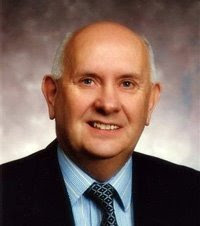 's largest producer of wild blueberries and one of Canada's biggest cable/communications companies. Last month it was also named Canada's Family Enterprise of the Year.
As founder John Bragg told me, "It's a fallacy to say that families always get along. Not very many of them do, especially if there's money on the table."
Bragg's objective is to get his four children thinking like stewards of the family firm, rather than CEOs by divine right, or even just heirs.
"I want them to think of themselves as trustees, rather than inheritors," he says. "If it's an inheritance, you think it's for you. If you're a trustee, you know it's for the next generation."
You can read the full story here: http://www.financialpost.com/small-business/story.html?id=1673228
Posted by Rick Spence at 8:22 AM