How to stay in touch with Rick

I continue to get people asking me if I have a newsletter. The answer is, sort of.

I send out a weekly "RickAlert" connecting people to my weekly National Post column, as well as six links a year to my PROFIT column, or to the occasional asture blogpost here, on PROFITguide or at Financial Post Entrepreneur.

It's free, there's no advertising, you can cancel any time. I'm all about the customer service.

If you would like to stay in touch, this is the best way. Just send me an email and I'll sign you up. Rick (at) RickSpence.ca

A new dragon has been selected to replace Robert Herjavec on CBC TV's Dragons' Den. 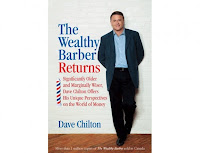 David Chilton, author and publisher of the multi-million selling Wealthy Barber books, will bring his common sense approach to judging investment proposals from Canadian entrepreneurs seeking help from the Dragons.

"David Chilton embodies Canadian entrepreneurial success, and through his terrific books he has shared his financial advice for the benefit of everyone," said Julie Bristow, executive director of studio and unscripted programming.

I've met David, and he's a very smart guy. He's more than an author, he's the creator of one of the most successful brands in Canadian publishing. He cuts through bombast and mebellishment with a knife. Plus, he's got a great sense of humour. So, should be an interesting season. (Season 7 starts taping in just a few weeks!) 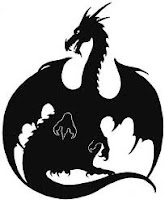 By the way, auditions continue for entrepreneurs and innovators to pitch their ideas on the show next season. With 20+ new episodes planned, the producers really want and need quality pitches.

You can apply online at http://dragonsdenauditions.cbc.ca/. Or attend one of the remaining open auditions, listed below, scheduled over the next 10 days. Calgary, Montreal, Vancouver and Toronto residents (not to mention Kamloops, Collingwood, Windsor and Sarnia) still have a chance to strut their stuff! (For more info visit http://www.cbc.ca/dragonsden/auditions/#cities)

Your Marketing is Your Product

Every day, marketing expert Seth Godin posts amazing insights on his blog. Short, pithy essays that make you think, "so that's how it works." And then you realize you almost knew that, but just hadn't put it all together yet.

If you're not reading Seth's Blog a few times a week, get over there now:

http://sethgodin.typepad.com/seths_blog/
On March 19, he posted a few thoughts about how marketing has changed since the 1960s heyday of "Men Men." In doing so, he summed up the challenge we all face in these Post-Mad times:
"In the Mad Men era, we added marketing last. Marketing and advertising were the same thing, and the job was to promote what was made.
"In the connection era, the marketing is the product, the service and most of all the conversations it causes and the connections it makes.
"Marketing is the first thing we do, not the last. Build virality and connection and remarkability into your product or service from the start and then the end gets a lot easier. Build it into your app, your book, your movie, your insurance policy, and the red soles of your shoes."
You can read Seth's original post here.
Posted by Rick Spence at 4:37 AM No comments:


The young immigrant tech entrepreneur from a poor Croatian family - so many good storylines - won the hearts and minds of Canadians in his career on Dragons' Den. Now he says it's time for a change.
This evening Robert reported on Twitter:
"thanks everyone for great comments -nothing but wonderful things to say about #cbcdragonsden - fantastic experience for me - chnaged my life"   (sic)

Pressed by me (and perhaps other Tweeters) for details, he Tweeted once more:

"its true-time to move on-most grateful for the opportunity 2 inspire others (in some small way) but mostly to be inspired by them in return."

Gracious, but not very informative.

My first clue was a Tweet earlier this evening from former dragon Brett Wilson, who noted Robert's decision and asked, with a wink, if this means he can get his old chair back.

The announcement upstaged the new Dargons' Den spinoff show, CBC's "The Big Decision." This week's episode featured tall dragon Jim Treliving's decision to invest in one of two flailing family businesses. It wasn't scintillating. In fact, Robert's announcement made Twitter more interesting during that hour than our National Public Network.

(The dullness wasn't Jim's fault. The companies - a fence producer and an icewine producer - were not very interesting, and both had made so many mistakes that viewers might well question either company's right to still be in business.)

Robert will be missed on Dragons' Den. Go to http://www.twitter.com/ and do a search for #robertherjavec), and you'll see how upset Canadians are. "I am also going to miss your gorgeous blue eyes and stanfields," tweeted one loyal fan.

I've seen in the analytics for this blog how popular Robert is. A lot of people search for info on him by typing in "Robert Herjavec married?".

I'm sure Robert will stay in the public eye. But we will miss the warmth, wit and sense of fun he brought to Dragons' Den.

(So far, Robert seems not to be responding to questions about whether he is leaving the U.S. version of the show, Shark Tank.)

The Good, the Bad, and the Well Above Average

From time I do some high-level consulting for small businesses, aimed at helping them identify some of their problems and hopefully even suggesting some solutions.

In my “Way Forward” package, I spend a few hours with the entrepreneur and ask a lot of questions. Together we identify what’s working and not. I usually write up a short report based on that conversation and a bit of extra thinking, and the entrepreneur is then free to act on my observations – or not.
The good news is that the entrepreneur I met with today really has his act together. For the first time in the five years that I've been doing these fixed-price sessions, there were more things he is doing right than doing wrong.


I won't be too specific here, but I was impressed with his vision, the way his company innovates at all parts of the better service/better product/lower price continuum, and with his ability to execute. He seems particularly good at hiring great people and giving the tools and processes they need to succeed.
The weak spots we discussed are the same ones that businesses face: the need to better articulate his value proposition; opportunities to overhaul the pricing model (and that doesn't necessarily mean lowering prices!); improving marketing communications; and redesigning the website. He may not be able to fix all those things at once, but he now has a roadmap for moving forward and some ideas how to do it.


In the end, we spent most of the conversation talking about the weak spots in his business plan. But I made sure he got positive feedback that he is doing a lot of things right. It was a real pleasure for me to deliver that opinion.
Posted by Rick Spence at 3:44 PM 1 comment:

Startup Canada: The Start of Something Big

Startup Canada is launching in March 2012 with one clear message:
"Entrepreneurship empowers everyone. But it is more than just a message; it’s a MOVEMENT!"


I'm really looking forward to see what Startup Canada can do. Founded by indefatigable entrepreneur Victoria Lennox, the association is bringing together entrepreneurs and support groups to celebrate and promote the power of entrepreneurship - and clear away some the barriers that prevent entrepreneurs from flourishing in Canada.

Lennox has signed up an amazing roster of supporters, sponsors, provincial ambassadors, contributors, patrons and governors. The founding chairman is Ottawa-based Adam Chowaniec, founder of Tundra Semiconductor and former president or CEO of a host of Canadian technology companies, and one of the developers (several millennia ago) of the Amiga personal computer.


The support from the corporate sector has been a bit disappointing. Microsoft and Gowlings are in as platinum sponsors, but the gold and silver sponsor categories are still sadly vacant. Where are the banks, brokers, wireless carriers, insurers, suppliers, couriers, automakers and real-estate companies who have made so much money from this sector for so long?
Startup Canada has done its homework. Look at all the community partners, from Accelerate Okanagan to Newfoundland’s Genesis Centre, who have already joined the crusade: http://www.startupcan.ca/who-is-involved/community-partners/


Startup Canada is planning a national launch tour to focus all Canadians on the power of entrepreneurship. It kicks off in Halifax on March 19 and winds up in B.C. in September. More details here: http://www.startupcan.ca/tour/
The tour will culminate in creation of a white paper on entrepreneurship to be delivered to the Prime Minister Stephen Harper. We'll see how that works out.
In the meantime, it’s empowering to see such widespread entrepreneurial passions focusing on entrepreneurship itself in this country. I think this is the start of something big.
﻿﻿﻿

Disclosure: I’m signed on as an “external advisor” to Startup Canada. Not sure what that means yet, but I know it will be great.
Posted by Rick Spence at 5:06 PM 3 comments: