A few suggestions from north of the border for President Obama as he embarks on his second term victory lap. 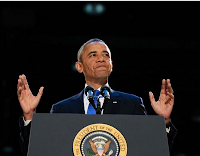 Now that he is relieved of the need to be re-elected, which has consumed most of his time, energy and attention the past year, I hope he can get down quickly to the neglected business of accelerating the ailing economy. Here are a few things he should start doing immediately.


·       Announce some objectives: Obama was silent throughout the campaign about how he would fix the economy. Time for a plan: how can his 150 million fans support his efforts if they don't know what he’s trying to do?


Is his plan to focus on job creation, economic stimulus, or deficit reduction? He should explain what challenges he wants to take on, and set some specific objectives, or targets, for the improvement he would like to see. Then he should announce how he is going to tackle the problem. He doesn't have to do this all himself: appointing prominent and committed citizens to get-’er-done task forces would focus attention on the problems and ignite a public dialogue on the most effective solutions.
·       Be specific. I liked Romney’s shout-out to the “job creators" in last night’s concession speech. Start investing, start creating jobs. It was a clarion call to the people who can make a difference to start making one. The fact that he did it now, following the end of partisan campaigning, gave the issue (and Romney’s commitment to it) greater credibility.


·       Tell people how they can help. From the start, Obama’s campaign has always been about a shared revolution. So he should harness the power of his followers and get them started fixing the issues he has identified as priorities. What can “we the people” do immediately to help jump-start the economy, create jobs, reduce demand on government services, or even preserve the environment? Give people some direction and watch them go.


·       Do it now. Strike while the iron is red-hot. Obama’s win has revitalized his followers, and his victory speech ignited hope and emotion. Leverage that passion now; it's such a powerful resource. In a few weeks (possibly days) it will have dissipated into the usual daily apathy.


·       Stay in touch. We have become accustomed to seeing you on TV every day. Take a few days off to recharge, but don't be a stranger. Americans reacted warmly to the confident, re-energized winner they saw last night on TV. They liked it when you spoke of climate change and “straight or gay” – clearly, the pre-election fetters are off and you can be yourself again. So often you have been accused of being aloof and distant. Last night you re-engaged with the electorate: stay hungry, stay passionate, stay casual and confident, stay in touch.
When leaders and followers are engaged like that, anything is possible.
Posted by Rick Spence at 9:27 AM No comments:

The word for today is “Accelerator.”

My column in the National Post this week (Oct. 29) looked at JOLT, the “accelerator” for startup tech companies run by Toronto’s MaRS innovation centre. Last week, six promising new companies pitched for investor attention at the program’s high-spirited Demo Day. My article summed up the companies and the accelerator dynamic – and then deflated the whole thing by quoting an unnamed investor who wasn’t very impressed.
You can check out the story here: http://business.financialpost.com/2012/10/28/jolt-graduation-who-will-sink-who-will-swim/

The previous week’s column offered several brilliant and original ideas for super-charging your business, from the experienced mind of U.S. executive and consultant Bob Prosen. Check out his "Business Accelerator" framework now to amp up your 2013 business planning. 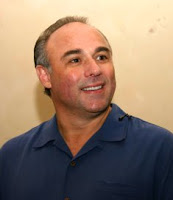 Excerpt: Prosen prescribes a better way to document progress toward your goals. On every report you receive, ask that those metrics on or over target be coloured green, and those below expectations be red. (No yellow, he says. Yellow just yields excuses.) When discussing underperformance with team members, keep your questions simple: “When will this turn green?” and “What do you need from the rest of us for that to happen?”
Read the full story here: http://business.financialpost.com/2012/10/22/fast-moving-ideas-to-implement-now/

Want to really accelerate your business? Read how a Kingston Ont. boatbuilder teamed up with the No. 1 company in its industry. My column from the November issue of PROFIT. http://www.profitguide.com/opportunity/rules-of-engagement-42334

Posted by Rick Spence at 1:05 PM No comments: