A friend recently discovered Seth Godin's classic 2005 blogpost on "Small is the New Big" and loved it. In this rant, Godin traces the growth of "big business" and why size is no longer an advantage.

"Big used to matter. Big meant economies of scale. (You never hear about “economies of tiny” do you?) People, usually guys, often ex-Marines, wanted to be CEO of a big company. The Fortune 500 is where people went to make… a fortune.


Then the world changed. Technology empowered individuals and small teams, and consumers came to value the merits of service, function, originality and discovery over the low, predictable costs of mass production and mega-retail.
So Seth goes on:
"Small is the new big because small gives you the flexibility to change the business model when your competition changes theirs.
"Small means you can tell the truth on your blog.
"Small means that you can answer email from your customers.
"Small means that you will outsource the boring, low-impact stuff like manufacturing and shipping and billing and packing to others, while you keep the power because you invent the remarkable and tell stories to people who want to hear them.
"A small law firm or accounting firm or ad agency is succeeding because they’re good, not because they’re big. So smart small companies are happy to hire them."
My friend, who has newly entered the world of entrepreneurship, asked my thoughts on this essay. Here is what I told her:
I think Seth is exactly right. Although I don't think he has explored the concept of "bigness" enough - both its advantages and disadvantages.


Capital starts with risk and ends with rigidity. As the decision-making gets farther from the consumer, and more insulated from the market, it gets confused. Management no longer knows what the right thing is to do, so they become more and more dependent on "big" solutions such as consultant recommendations (which are usually ill-informed), restructuring, massive consolidation/integration projects (so they can measure results better, but reduce those same results by demotivating front-line people), and wholesale acquisitions and divestitures (which rarely pay off).


With few exceptions, I think big businesses are ultimately dysfunctional, which is why so many are replaced or taken over by new companies (ABC by Disney, Motorola by BlackBerry, Apple & Android... And of course in retail, K Mart by Walmart, Sears by Target, and all of them by Amazon). Occasionally big companies can still be winners (I think Disney, Apple, Home Depot are still well run and doing right), but I think that's the exception, and it depends on keeping a laser-like "founder's focus" on the overall business. Steve Jobs was a terrible CEO (to some) because he always acted like a monomaniacal entrepreneur - but that's exactly why he was so successful.


I agree totally on the benefits of small. The freedom to act on opportunities, to interact daily with customers, to leverage the best part of a growing market by focusing on one niche: it's what makes small business beautiful. Imagination and great execution are more important now than capital, and that's why Wall Street and Bay Street are so irrelevant to so much of business today. And it's a mighty good thing.


Seth said it best and first: "It's no longer about access to cash. Now it's about choosing the right model and being remarkable."
You can enjoy Godin's original post here.
Posted by Rick Spence at 12:36 PM 1 comment:

The Future is Now

Have you considered how lucky we are to be alive at this time, when so much is being done to advance the fields of human knowledge, exploration, communications, medicine and global diplomacy? A time when consumer goods have never been less expensive, nor services (wireless, facebook, e-commerce, couriers, tele-medicine) more plentiful.

These are heady times to be in business – or even just alive. When else were so many frontiers falling to human curiosity – or did opportunities so abound?


As one observer points out: “At no point of the world’s history has life been so full of interest, and of possibilities of excitement and enjoyment.”
If you look around, he writes, you can see around you “the play of vaster forces than have ever before been exerted, working, half blindly, half under control, to bring about immeasurable results.”

What a wonderfully evocative description of the pace, and power, of innovation today. 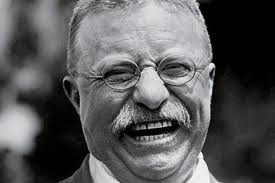 Posted by Rick Spence at 4:46 PM No comments:

The End of RIM?

From the Huffington Post, here is one of those cool infographics tracing the decline and fall of Research in Motion.

Most people believe RiM was done in by its own short-sightedness. It's a sad verdict for such visionary entrepreneurs. I continue to hold out hope that the company will survive. But I always thought it was a takeover candidate - though not at $13.

Click here to see the infograph of broken dreams.
Posted by Rick Spence at 4:44 PM No comments:

BC Business magazine has just released its 2012 list of British Columbia’s 20 Most Innovative Companies - organizations that have put new ideas into practice that have had a profound impact in their field.
It’s a terrific list. Check out who made it:

Adbusters Media Foundation
The “buy nothing” magazine that sparked the “Occupy” movement.

Wifarer Inc.
Bringing wayfinding inside with interactive building maps on your smartphone.

Hire the World Enterprises
Taking crowd-sourcing to a new level.

Curious Mind Productions Inc.
A "book club on steroids" for the 21st century.

Posted by Rick Spence at 9:54 PM No comments: