The World is Not Enough

For those interested in following my articles and blogposts from the World Entrepreneur of the Year conference in Monte Carlo this month, here's a list - in the order in which they were written.

What should you take away from all this work? That the quality of international entrepreneurs is growing fast. And that Canadians have to work harder and smarter to retain their edge.

World entrepreneurs reaffirm business is the best route to change, reform and prosperity

A scene-setter, including my interview with Dr. Ruth Oltjer, Estonia's astonishing Entrepreneur of the Year.


Meet China’s retail banking revolutionary
Interview with Dr. Ma Weihua, president and CEO of China Merchants Bank. "The first thing we had to do was distinguish ourselves from the competition. We had to find our own strategy and operational model.”

If you’re looking to add value for your customers, read this Czech entrepreneur’s story

Interview with Frantisek Piskanin of Prague-based transportation company HOPI sro: “No one else does things the way we do.”

U.K.’s World Entrepreneur of the Year contender is a Canadian 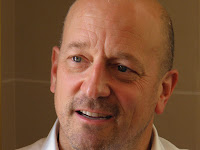 Interview with Vancouver-born Lance Uggla of London-based Markit Group Ltd., a financial-services information and infrastructure provider. He is the U.K.’s 2012 Entrepreneur of the Year, and was considered a top contender for the "World Entrepreneur" title. 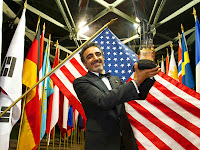 New ‘World Entrepreneur’ has a beef with Canada
Meet Hamdi Ulukaya, founder and CEO of New York State yogurt producer Chobani Inc. His Canadian experience: “We found the land, we wanted to build our plant, but then we started running into all these regulations.”


Why entrepreneurs need to get smarter, stronger and more global — fast
A summing-up.
"We’ve enjoyed privileged access to the U.S. market for years. But other parts of the world are now growing faster, and it’s no longer enough to be big in Buffalo or Boise. New, fast-growing entrepreneurial companies in Europe, Asia and South America are putting global markets into their business plans, and some of them are gunning for you."
Posted by Rick Spence at 11:43 PM No comments:

Summing up the "World Entrepreneur" Experience

Today (June 19) I was asked to speak briefly about my experience at the World Entrepreneur of the Year conference in Monaco two weeks ago. Today's event was the unveiling of the nominees for the 2013 Ontario Entrepreneur of the Year program; it was also a celebration of the program's 20th anniversary in Canada. Here is a copy of the text of my remarks. Sadly, most of my jokes were off the cuff and were thus unavailable for publication.

It's been a pleasure for me to be associated with the EoY program. As a founding sponsor of the Canadian EOY program [with PROFIT/Canadian Business magazines), I had the privilege of being on the first National Steering Committee 20 years ago, and also on the national judging committee for the first two years. Sponsors have come and gone, but I would like to congratulate Ernst & Young for its commitment to this program for two decades, and for maintaining the high standards of its events and the quality of the nominees and winners. I think you have made a real difference in the quality of entrepreneurship and the aspirations of entrepreneurs across Canada. 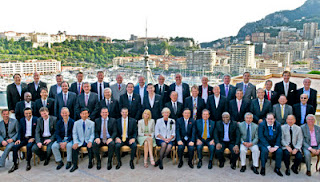 But of course, Canada wasn’t enough. And I am here to report on my impressions of the World Entrepreneur of the Year program, which kicked off two weeks ago in Monte Carlo. I was fortunate to be selected by the Financial  Post to cover the program, which included a number of networking sessions and three days of conference activities. It was first class all the way, with high quality social events and first-rate speaker such as Tim Berners-Lee, founder of the World Wide Web, Nobel Prize winner Kofi Annan, and British comedian and creativity expert John Cleese. Panels featured experts and entrepreneurs of the year from around the world, including Edgar Bronfman Jr., and Mikael Hed, the founder of Rovio Entertainment in Finland -- and of Angry Birds.
But what impressed me most were the entrepreneurs of the 2012 EOY program, representing 47 countries around the world. I got the chance to talk in depth with about a dozen of them, and they're the most fearless, impressive people I have ever met. In Monaco, I paid special attention to attendees from non-traditional business markets. In particular I met with entrepreneurs from China, Estonia and the Czech Republic, because I was eager to learn how capitalism and entrepreneurship have sprung from Communist roots.


What I learned is that innovation is not confined to Canada and the United States, and that new ideas and breakthrough customer service can come to life anywhere in the world. This is important, because many Canadians assume the only thing developing markets have going for them is low costs. That’s no longer true, and there’s a growing cadre of ambitious entrepreneurs who can leverage value-added innovations and service on top of  their low-wage advantage — a one-two punch that will become increasingly lethal as these young firms gain confidence and global clout.
Just to give you a few examples:

* Dr. Ma Weihua had a promising career as a mandarin at China’s central bank when he decided to take an entrepreneurial flyer. He took over management of China Merchants Bank, which had the advantage of being one step removed from state ownership. Starting with one branch in 1999, he built mainland China’s sixth largest commercial bank, with assets north of $500-billion. He did it by asking, what would customers like us to do? - which is a question that is asked all too rarely asked here, let alone in China. As a result, he pioneered in online banking, credit cards, wealth management, and even small-business  lending.


* Frantisek Piskanin was working on a collective farm in the Czech Republic when its Communist government imploded in 1989. He now runs one of central Europe’s largest transportation and logistics companies, HOPI, with 3,300 employees. He explains his customer-first strategy very succinctly; “We try to understand customers’ needs and bring them new solutions they had no idea could exist.”


* In Estonia, medical doctor Ruth Oltjer built a successful cleaning supplies and cosmetics firm, Chemi-Pharm. Chemi-Pharm began as a means to import less allergenic cleaning products from the U.K., but is now a value-added manufacturer that exports 50% of its production. Oltjer is eyeing markets in Asia and Western Europe, and is in talks with Mexico, which she hopes will lead to a frontal assault on North America.
* Even the 2013 World Entrepreneur of the Year fits the category of unlikely global entrepreneurs. Hamdi Ulukaya was born in Eastern Turkey and moved to the United States to learn English and study business. He ended up buying an unwanted Kraft cheese plant in upstate New York and revamping it to produce strained Greek yogurt. Six years later, his Chobani brand is now the No. 1 yogurt in the U.S.

So here's where I made my faux pas. At the press conference following the announcement of Mr. Ulukaya's win, I identified myself as being from the National Post in Canada, and asked him what his biggest challenge has been in growing Chobani. He smiled ironically and said, "Canada." Apparently, Canadians love his yogurt as much as Americans, and a few years ago he tried to build a plant here. But he said he was foiled by red tape and regulations that prevented him from moving forward. Since then he has bought a plant in Australia and is now looking or more in the UK and Europe.
So I'd like to apologize for embarrassing Canada in front of the world business press. But how else can we learn from our mistakes?

If I can make one final point, we still turn out pretty good entrepreneurs. Canada's Entrepreneur of the Year, optometrist Alan Ulsifer of Calgary-based FYIDoctors, was a real contender for the World title. But Canada also had a second horse in the race. The UK's champion, Lance Uggla of London-based Markit Group Ltd., a financial-services information and infrastructure provider, comes from Vancouver, and learned the investment business in Toronto before moving on to London with TD Financial. Today his company is a $5-billion information juggernaut, with 2800 employees, customers in 70 countries, and 22 offices worldwide - including three in Canada.

So yes, the lesson of World Entrepreneur of the Year is that global champions can come from anywhere in the world - including Canada. Thank you.
Posted by Rick Spence at 10:36 PM No comments: