Once again this year, the June issue of PROFIT Magazine included fabulous (but short) business tips supplied by the CEOs of Canada’s Fastest-Growing Companies.

Fire people when they're not performing well: Don't turn the situation into a massive fix-it project.

If you're not willing to do business on a handshake with someone, then don't do business with them: A contract can't replace a relationship.

Understand how your product can be sold internationally: It’s a way to diversify potential revenue sources without having to diversify into tons of different products or services.

If you have the right people, the numbers will come.

Nothing I've done has been as important as hiring well.

Treat your staff the way you want your customers to be treated.

Know what makes your company successful, then measure and control those things.

Make sure all of your management team works on one agenda: yours.
Posted by Rick Spence at 2:28 PM No comments:

Your three biggest fears solved for you!

An email crossed my desk last week identifying the three biggest fears of business owners. So, contrarian that I am, my column this week in the National Post looks at simple ways to overcome those issues that seem so daunting to many business owners.

The three fears: fear of not marketing effectively; never being able to retire; and not staying abreast of new technology.

So click here to read the story and extinguish those fears one by one.

Excerpts:
"If you don't know whether you are marketing effectively, then you're not. Today's digital marketing tools such as websites and e-mail, search-engine optimization, promotions and newsletters are tailor-made for analysis. Don't waste another penny on unmeasured media until you have a clearer idea of what works."

and:
"Whenever anyone recommends you invest in a new technology, demand a written business case (yes, even from your children. If they believe in it, let them say why). What are the costs and benefits, and what unintended side-effects should you expect?"
Posted by Rick Spence at 2:13 PM 1 comment:

Ten Questions to Ask Other Franchisees

If you are looking at a franchise opportunity, the most important thing you can do to protect yourself is to talk to existing and former franchisees about the strengths and weaknesses of their franchise system.

But what do you actually ask them? Here are 10 great questions from www.AllBusiness.com.

1. Are you happy with your franchisor? Why or why not?
2. How long did it take for you to realize a return on investment?
3. What are your approximate earnings, and are they in line with your expectations?
4. Did your franchisor adequately estimate the amount of operating cash that you needed?
5. How thorough was the training your franchisor provided? Did it prepare you to run this business?
6. Were there any hidden franchise fees or unexpected costs?
7. Is your territory big enough to allow you to hit your goals?
8. Are there restrictions on the products you sell and use in your business? Are you required to use designated vendors?
9. Does the franchisor advertise as much as they said they would?
10. What type of business experience, education, and skills did you possess before buying this franchise?

AllBusiness,com also has a lot of related articles for prospective franchisees. Examples:
· More and More Women Find Success in Franchising
· Selecting a Franchise
· A Common Trap for New Franchisors
· 10 Signs of a Great Franchise Opportunity
Posted by Rick Spence at 12:35 PM No comments:

Here's a link to a short video (about 2 minutes) with Kevin Spacey challenging a business audience to stay creative and open-minded. 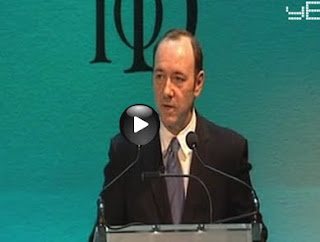 I particularly like his quote from his old pal and mentor Jack Lemmon: that those who have made it in their chosen field have an obligation to "send the elevator back down" for those who need a little more help.
And then there's this quote. "Avoid those who choose to be negative or cynical, because being negative takes no effort at all -- and must be a rather unsatisfying way to go through your day."
"And while I realize that having a positive attitude won't solve all your problems, it might just annoy enough people along the way to make the effort worthwhile."
Go ahead, click the link. Sounds better when he says it.
Posted by Rick Spence at 11:11 AM No comments:

My blogging rate has slackened a bit since I started writing weekly for the Financial Pot, and since the advent of Twitter. (Which is blogging for people who have no time to blog. Or to read blogs.)
Nonetheless, I remain committed to this blog, and I thank you for making me part of your entrepreneurial journey.
And now, the post. 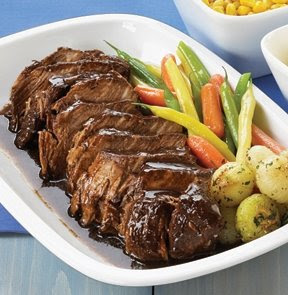 ----------
My column this week in the Financial Post profiles a company that I think represents the best value proposition in Canadian retailing: M&M Meat Shops.
I believe that the companies that rigorously upgrade their value propositions are the firms that will best survive the current downturn, and dominate the weak and selective recovery that’s coming next.
Some of my speeches over the past year have referred to M&M as a textbook example of how a company can create multiple types of value for its customers. So last month I went to Waterloo to see how the principals of M&M create that value - and what they are doing to build their business now.
The resulting story is positive and, I hope, meaty.
You can read the story here.
Posted by Rick Spence at 9:23 PM 2 comments:

Yesterday I posted on "Why Aren't You on Twitter?" and today the site goes down for two hours (and counting) - Twitter's largest outage in six months.

But I don't think it was the crush of Canadian Entrepreneur readers that took Twitter.com down today.

CBC.ca just reported that no one knows the reason for the outage, but I can tell you.
(Update: Twitter now blames a denial of service attack. But I have my own theory.)
When you Google Twitter today, the second result is Paula Abdul's Twitter page. Since the whole world is either outraged or overjoyed at her departure from American Idol, the temptation to hear the celebrity's side of the story must have been overwhelming. Literally.

There's a business lesson in this. People love to be empowered. If some issue concerns them, they want both sides of the story. Twitter and other interactive Web 2.0 tools adress this need - and fuel the demand for more.

How can your business help people learn more, feel more empowered, and take greater control of their lives?
Posted by Rick Spence at 9:10 AM No comments:

Never argue with an idiot

Thanks to Sunjay Nath (www.sunjaynath.com) for a great quote of the day:

"Never argue with an idiot. The idiot will drag you down to his level and then beat you with his experience."

Nath's weekly tips are targeted mainly to students, but they contain wisdom for all ages. As Nath goes on to say, "Healthy conflict and heated discussions are one thing, but as soon as any argument feels personal, you should try to exit that conversation and come back to it at a later time when the participants aren't as heated.

"This way you'll maintain control over yourself and you won't find yourself being beaten by an idiot."
Posted by Rick Spence at 8:53 AM No comments:

I still run into too many business people who roll their eyes when I suggest they get on Twitter. They think it's one of those things that are only used by teenagers to let people know how awesome their lunch was today.

By that logic, of course, they should also give up their phones, Internet connections and Blackberries.

Twitter is all about being part of a community. Like all good communications media, there are two aspects to it: Talking, and Listening.

"Listening" means following other people on Twitter. When you follow the "tweets" of business colleagues, industry experts, competitors and channel partners, it's like joining an exclusive club: you get up close and personal insights into what they're doing now, what they're seeing and learning, and where they're going next.

And if a Twitterer you follow isn't offering you value, you can just stop following them. Easy as that.

By compiling your own list of interesting people to follow, you create a unique, personal community of confidantes, informers and pundits - available to you anytime, 24 hours a day.

The "Talking" part of Twitter is making your own regular tweets. This allows you to tell people what you are doing or thinking. In business, this means you get to promote yourself, free, to the Twitterverse, as often as you want, in as much detail as you desire.

Big deal. If no one is following you, who cares?

But here's where the magic begins. When you start Twittering, your audience appears. (It's very Zen-like.)

Slowly at first, one by one, people who are interested in what you say start finding you, through keyword searches or by accident. They sign up to follow you. And slowly it builds.

When people see people they respect following you,they will check you out, and may follow too. The more you Tweet, the more people will find you. And when you say something particularly intriguing, people will "Retweet" you - they'll forward your Tweet to their followers, giving you credit and additional exposure. And thus your community builds.

(There are also, alas, spammers who will seek you out to follow you as a way of promoting their own selfish or sordid interests. But you can identify them readily, and banish them quickly.) (But not for the first week or two, when you want all the followers you can get.)

Businesses big and small are now using Twitter to show off their human face, announce sales and special deals, provide information their customers need, raise awareness of industry issues, and so on. All in 140-character bursts that are easy to write and easy to read.

Go to www.Twitter.com. Sign up to start following people. Don't be a Smuggite, snidely putting down the latest trends just because you don't understand them.

Start building your community today.
Posted by Rick Spence at 9:25 AM No comments: