"When did the country that produced the CPR, Expo 67 and the CN Tower stop thinking big?"

To celebrate Canada Day, a look back to my Feb. 18 column on the World Government Summit I attended in Dubai.

Sure, that's a bit counter-intuitive. But they say you learn more about your country by leaving it for a while than by staying home. Travel gives you a more personal frame of reference for understanding how things work, or might work. You break free from home-grown conventions and assumptions, and realize that other societies may have ideas, approaches and solutions that your home country can learn from. 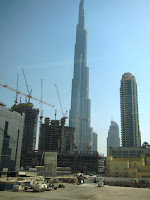 Dubai is an eye-opening place, a bizarre mix of traditional Bedouin culture and architecture straight out of The Jetsons. Yes, there is money to spare, money for show, like a permanent World’s Fair meant to impress other people with how far you've come. Yet unlike most enclaves of the rich, there is a tangible yearning among the Emirati in Dubai to be part of the world – to help figure out how we should live, here in the 21st century. 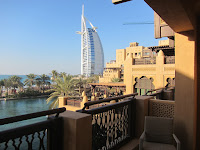 The World Government Summit tackled problems like decision-making governance, infrastructure, technology, energy and climate change, poverty, philanthropy, economic development, city planning, education, and so much more. They invited experts from all over the world to share their ideas and success stories. The United Arab Emirates don't pretend to have all the answers – but they are vigorously seeking them out.

It made me wonder why Canadians – representing a common-sense approach to life, a mid-Atlantic philosophy of building a safer, more just society – isn’t doing the same thing. 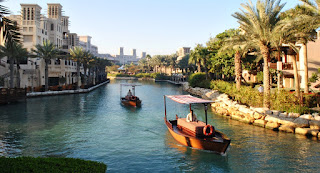 Canadians should be global thought leaders in livability, civil society, architecture and infrastructure, diversity, communication, sustainable energy, and so much more. We have valuable knowledge and experience to give the world – and the wealth and global connections to attract and identify the best ideas, the movers and shakers, to make us a true epicenter of best practices and professional inquiry.

We need only vision and will. If they can do it in Dubai, just a generation emerged from the desert, we can do it here.

Here’s that column, in full:


How Canada and its entrepreneurs can ensure they are part of the race to innovation
National Post, Feb. 18, 2016

Last week, I wrote about the three key trends for the future that I took away from the World Government Summit earlier this month in Dubai, United Arab Emirates. But there were also a few individual “moments” I feel offer takeaways for Canadian entrepreneurs and leaders who want to own their own future.

The daring of Dubai: In the first presentation of the three-day summit, Klaus Schwab, founder of the World Economic Forum and the Davos summits, congratulated Dubai “for having the courage and the foresight to transform a meeting into an ongoing international organization.” That was the first I’d heard that the four-year-old summit will become a permanent think-tank, based on Dubai, researching and promoting improved governance for an increasingly uncertain world.

It’s a gutsy move, given that this event is not yet a global institution. Although it boasted attendees from 125 countries, at least 80 per cent of attendees were UAE citizens, as you can’t mistake their national costume: the dashing white robes of the men and the black robes of the women.

Clearly, Dubai’s leadership harbour enormous ambitions and think long term. More Canadian leaders should do the same. Dubai’s population is only 2.5 million, about the size of greater Vancouver and half that of Toronto. When did the country that produced the CPR, Expo 67 and the CN Tower stop thinking big?

The Arab advantage: Arab scientists developed most of what we now think of as mathematics. That’s just the start. Jim Al-Khalili, an Iraqi-born physics professor at the University of Surrey in England, reminded the summit that from the 8th to 13th centuries, Islam led the world in science, astronomy, medicine, engineering and geography. Just one example: Ibn-Sina’s Canon of Medicine, written in 1025, remained the world’s standard textbook on anatomy and medicine for more than 500 years.

In Islam’s Golden Age, “science was encouraged for the purpose of learning and discovery,” Al-Khalili said. “Science wasn’t a construct of the West, ever, although that’s the narrative being taught in Arab schools today.” Even the Renaissance, was founded on Arab science, he said. The telescope and microscope would never have been invented had Arab scientists not figured out optics 500 years earlier.

Today, Al-Khalili said, Islamic countries spend less than 0.5 per cent of gross domestic product on research and development (Canada spends 1.6 per cent; the U.S., 2.8 per cent). He sees promising pro-science initiatives in wealthier Arab countries such as UAE, Qatar, Jordan and Saudi Arabia, but said there’s a long way to go.

“There need to be changes in the whole infrastructure, from education to R&D. And one way of encouraging this is to get the message across that this spirit of rational inquiry, that transcends religion, culture and language, was alive and well here in the Golden Age… There is nothing, whether in their culture, their faith or their politics, that stands in their way.” 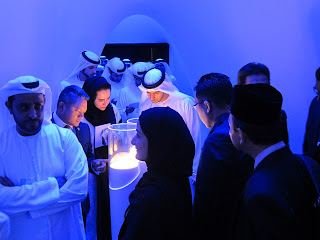 Canadians, too, need to stand up for science. The Conference Board of Canada gives us a “C” for the percentage of university students studying science, math, computer studies and engineering – just 21.2 per cent, behind a dozen other industrialized countries, including Finland (32 per cent) and Germany (30 per cent). Women especially are underrepresented in engineering and computer science. The Conference Board also hands us a “C” for business innovation, urging companies to invest more in innovation, R&D, and commercialization of new ideas. Canada’s resource-heavy economy will see no renaissance without more science and discovery.

The U.S. doubles down on innovation: As head of the U.S. delegation, Under Secretary for International Trade Stefan Selig delivered a rousing defence of the need for innovation in both business and government. “Governmen will be judged by how well it enables its citizens to achieve the gains posed by the innovation economy,” he said.

For example, the U.S. Department of Health and Human Services now has its own venture capital fund. It hands out innovation awards and supports entrepreneur-in-residence and innovator-in-residence programs. It’s also developing models for rapid testing of new service and payment solutions.

When did the country that produced the CPR, Expo 67 and the CN Tower stop thinking big?
Canadian entrepreneurs offer endless solutions for boosting the efficiency and effectiveness of institutions and other businesses. All businesses must insist customers, and especially governments, adopt more innovation-friendly cultures and purchasing policies. You need each other.

The world is getting better: Last year, the rate of extreme poverty around the globe dipped below 10 per cent for the first time ever, Jim Yong Kim, president of the World Bank, said. “This is tremendous progress. In the past 15 years, one billion people have been lifted out of poverty,” he noted.

This should remind Canadian entrepreneurs that around the world, their prospect list continues to grow. Emerging economies and middle classes want what the West has, and need the products and services you create. Seek out Export Development Canada and Global Affairs Canada (the new name for the country’s international trade ministry). Join trade groups and international chambers of commerce. Talk to business colleagues about how they assess new export markets. The competition is fierce, but the rewards are huge. 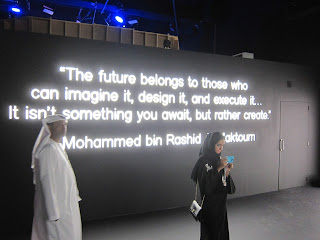 In light of the conflict in the Middle East, Kim feels an urgency to act that could also inspire entrepreneurs preparing to go global: “This is a time for urgent and positive action,” he said. “There is such a thing as being too late.”

Rick Spence is a writer, consultant and speaker specializing in entrepreneurship.
Posted by Rick Spence at 9:37 AM No comments: