From Steve Jobs, on his 62nd birthday

Apple's onetime boy wonder,  Steve Jobs, would have been 62 today. 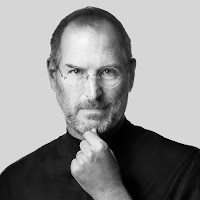 To celebrate the life and spirit of one of the world’s greatest entrepreneurs, here’s a selection of his most inspiring business quotes. Adopt one and make it your own.

On Innovation
“Innovation distinguishes between a leader and a follower.”

“We think the Mac will sell zillions, but we didn't build the Mac for anybody else. We built it for ourselves. We were the group of people who were going to judge whether it was great or not. We weren't going to go out and do market research. We just wanted to build the best thing we could build.”

“Innovation has nothing to do with how many R&D dollars you have. When Apple came up with the Mac, IBM was spending at least 100 times more on R&D. It's not about money. It's about the people you have, how you're led, and how much you get it.”

“It's really hard to design products by focus groups. A lot of times, people don't know what they want until you show it to them.”

“Sometimes when you innovate, you make mistakes. It is best to admit them quickly, and get on with improving your other innovations.” 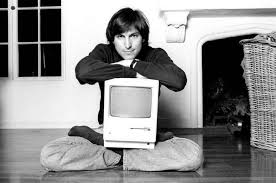 “I have a great respect for incremental improvement, and I've done that sort of thing in my life, but I've always been attracted to the more revolutionary changes. I don't know why. Because they're harder. They're much more stressful emotionally. And you usually go through a period where everybody tells you that you've completely failed.”

“Innovation comes from people meeting up in the hallways or calling each other at 10:30 at night with a new idea, or because they realized something that shoots holes in how we've been thinking about a problem.”

On Strategy
“Be a yardstick of quality. Some people aren't used to an environment where excellence is expected.”

“I've always wanted to own and control the primary technology in everything we do.”  (2004)

“A lot of companies have chosen to downsize, and maybe that was the right thing for them. We chose a different path. Our belief was that if we kept putting great products in front of customers, they would continue to open their wallets.”

“The reason that Apple is able to create products like the iPad is because we've always tried to be at the intersection of technology and the liberal arts.”

“Apple's market share is bigger than BMW's or Mercedes' or Porsche's in the automotive market. What's wrong with being BMW or Mercedes?” 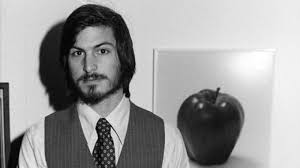 On Apple:
“Each year has been so robust with problems and successes and learning experiences and human experiences that a year is a lifetime at Apple. So this has been 10 lifetimes.”

“It is hard to think that a $2 billion company with 4,300-plus people couldn't compete with six people in blue jeans.” (On lawsuit from Apple following his resignation to form NeXT, 1985)

“It wasn't that Microsoft was so brilliant or clever in copying the Mac, it's that the Mac was a sitting duck for 10 years. That's Apple's problem: Their differentiation evaporated.”

“What is Apple, after all? Apple is about people who think 'outside the box,' people who want to use computers to help them change the world, to help them create things that make a difference, and not just to get a job done.”

On Design
“In most people's vocabularies, design means veneer. It's interior decorating. It's the fabric of the curtains and the sofa. But to me, nothing could be further from the meaning of design.”

“That's been one of my mantras - focus and simplicity. Simple can be harder than complex: You have to work hard to get your thinking clean to make it simple. But it's worth it in the end because once you get there, you can move mountains.”

“We made the buttons on the screen look so good you'll want to lick them.”
(on Mac OS X's Aqua user interface, 2000)

Inspiration
“I want to put a ding in the universe.” (“Ding” was often replaced by “dent.”)

“Do you want to spend the rest of your life selling sugared water or do you want a chance to change the world?” (The pitch he used to lure John Sculley as Apple's CEO)

“Being the richest man in the cemetery doesn't matter to me. Going to bed at night saying we've done something wonderful, that's what matters to me.”

“For the past 33 years, I have looked in the mirror every morning and asked myself: 'If today were the last day of my life, would I want to do what I am about to do today?' And whenever the answer has been 'No' for too many days in a row, I know I need to change something.”

“I'm the only person I know that's lost a quarter of a billion dollars in one year... It's very character-building.”

“I didn't see it then, but it turned out that getting fired from Apple was the best thing that could have ever happened to me. The heaviness of being successful was replaced by the lightness of being a beginner again, less sure about everything. It freed me to enter one of the most creative periods of my life.”

“My favorite things in life don't cost any money. It's really clear that the most precious resource we all have is time.”

“Sometimes life is going to hit you in the head with a brick. Don't lose faith.”

“Your work is going to fill a large part of your life, and the only way to be truly satisfied is to do what you believe is great work. And the only way to do great work is to love what you do. If you haven't found it yet, keep looking. Don't settle. As with all matters of the heart, you'll know when you find it.”

“Your time is limited, so don't waste it living someone else's life. Don't be trapped by dogma - which is living with the results of other people's thinking. Don't let the noise of others' opinions drown out your own inner voice. And most important, have the courage to follow your heart and intuition.”

“It's better to be a pirate than to join the Navy.”

On Leadership
“Great things in business are never done by one person. They're done by a team of people.”

“Be a yardstick of quality. Some people aren't used to an environment where excellence is expected.”

“I'm convinced that about half of what separates the successful entrepreneurs from the non-successful ones is pure perseverance.”

Posted by Rick Spence at 5:06 AM No comments: