So hard these days to find time for blogging!

But here's yet another creative workaround: a collection of my tweets from the 2012 SME Conference held by FEI Canada, which I hosted today (Sept. 25.) in Mississauga, Ont. Retrace the following tweetstream and you'll meet new friends and at least one old one. And maybe learn something, who knows...?


Note: Most of the links will take you to a front-row photo of the speaker in question. A few others connect to more detailed information. Such are the ways of Twitter.
@rickspence
Eric Hart of BMO opens FEI smallbiz conference. Says SMEs produce 47% of GDP, 60% of all jobs. http://yfrog.com/odu39caxj

Why Canada is in deep economic doo-doo. http://yfrog.com/esmr5ufkj

@rickspence
Can Canada close productivity gap with US?Jan van der Hoop tells FEI confc "the odds are against us" http://yfrog.com/nxditmsj
@rickspence
Jan van Der Hoop:1 hire in 5 is a success; 46% of new hires leave within 1 year;less than 1/3rd of workers are fully engaged with their work

Portsmouth: "A lot of entrepreneurs think they're good at listening to customers, but they're not." http://yfrog.com/nv8aazjj
@rickspence
PROFIT's Ian Portsmouth at FEI Conference: Less than 1% of entrepreneurs belong to peer boards (e.g. YPO). Percent of PROFIT 200 CEOs: 50%


@rickspence
JP Lacroix at FEI conf'ce: "We make our decisions through the reptile brain. Do I trust you or not?" http://yfrog.com/od2cejdj

@rickspence
Social Media Group's Ruth Bastedo at FEI conference: "Before you engage in social media, you have to get your brand sorted out."


Rick Spence‏
FEI Conference ends with hearty group "ARRRR" saluting Ty Shattuck's concept of innovators as Sailor/Pirates: Team-playing treasure-seekers.
25 Sep 12 ·
And yes that last bit is true. I got a bunch of accountants and CFOs to go "ARRR!" Twice.
Should have taken a picture of that...!
Posted by Rick Spence at 10:48 PM No comments:

You too can be a Dragon!

With the season premiere of Dragons' Den looming (Sept. 19), CBC publicity is pulling out all the stops. This show is one of their biggest hits ever, so it's fun to see how they ramp things up every year.

Check out what they're saying now:

For the first time ever, people at home will have the chance to have their say in the Den. By visiting www.cbc.ca/dragonsden, viewers at home will be able to play along with the show, and have their activity displayed back on TV - in real time. This kind of social TV integration is the first of its kind in the world to occur live, in each time zone.

Become an Armchair Dragon and play along while you watch Dragons' Den on CBC with an interactive platform that allows you engage with the broadcast in real-time. For the best experience, participate using your mobile device or PC by visiting www.cbc.ca/dragonsden during Dragons' Den Wednesday evenings at 8 PM.

Also, this season there's another new Dragon in town. Replacing the ever-popular Robert Herjavec is David Chilton, aka "The Wealthy Barber." Here's his official bio from the CBC (believe it or not). Read it with tongue firmly in cheek:

Posted by Rick Spence at 9:11 PM No comments: 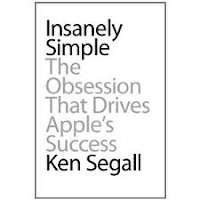 My column in the National Post this week looks at the new book, Insanely Simple: The Obsession that Drives Apple’s Success. Written by Ken Segall, who did a lot of creative work with Apple and coined the name "iMac," it examines the constant conflict in every business between Simplicity and Complexity. And of course it offers lots of great advice on how to champion Simplicity in your own company.
Here's the money quote:
"The simpler way isn’t always the easiest. Often it requires more time, more money and more energy. But more times than not, it will lead to memorably better results.”


Here's the link: http://business.financialpost.com/2012/09/10/take-steve-jobss-lead-and-think-simple/
My column in this month’s PROFIT Magazine looks at the advantages of "Lean" production, from the perspective of Canadian fashion icon Linda Lundstrom. 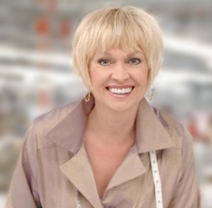 Excerpt:
"You can apply the principles of lean to any size company, in any sector," says Lundstrom. "You identify what the customer wants, and eliminate waste as you deliver what the customer values most." Although lean has been around since the 1980s, Lundström believes it's the way of the future—and could even reverse the decline in Canadian manufacturing.
The future is here: http://www.profitguide.com/opportunity/the-unlikely-guru-of-lean-40272
Posted by Rick Spence at 8:47 PM No comments: