Rick's new bio: Changing the world, one opportunity at a time

A few people still ask me what I do. And slowly (as you know, this process takes years), I have figured out how to say it. Here's a copy of my latest bio.Leave a comment to let me know what you think. 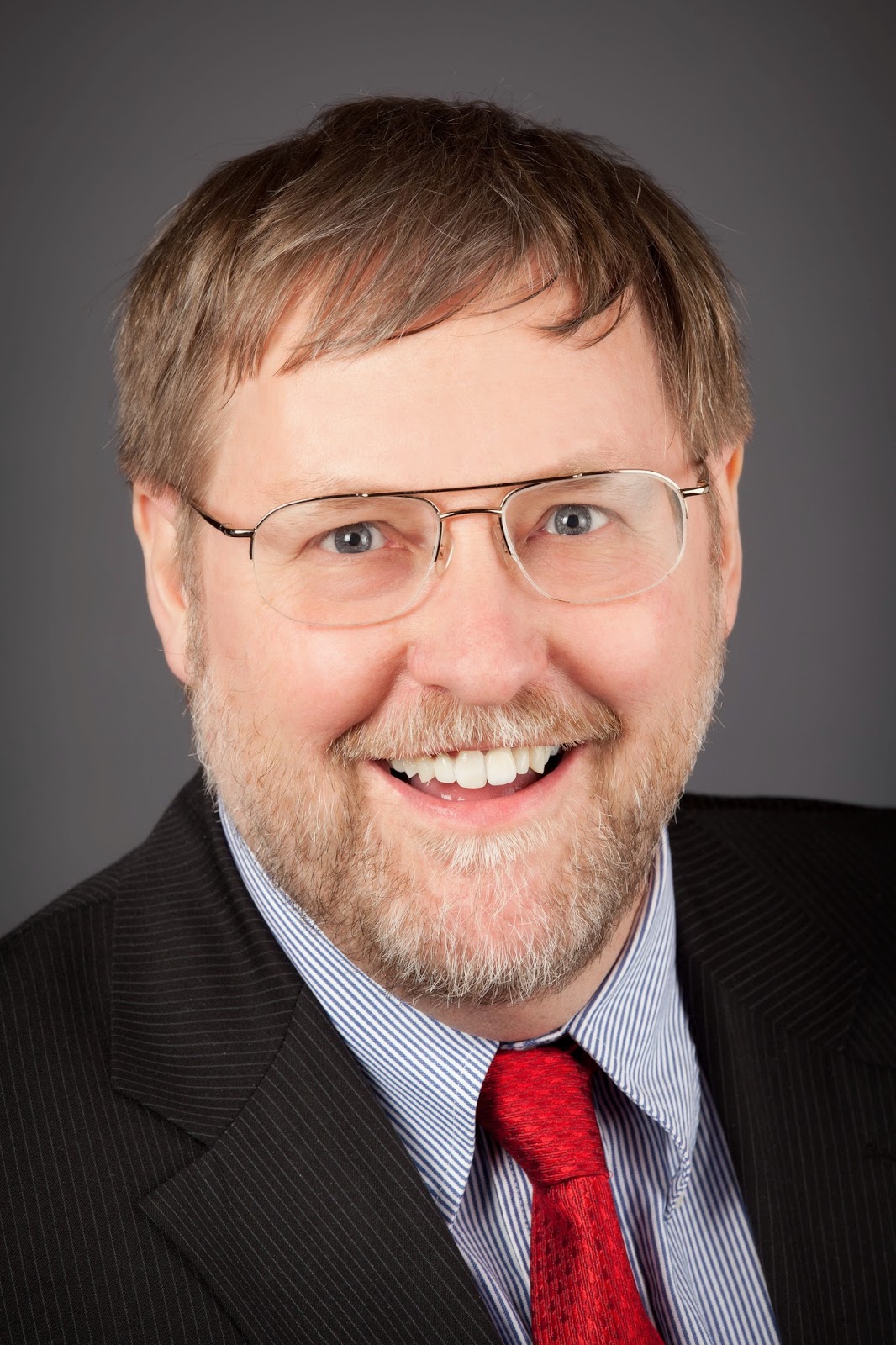 Through the National Post, Vancouver Sun, Montreal Gazette and other Postmedia newspapers, Rick Spence’s columns on entrepreneurship, innovation and opportunity reach up to a million people every week.

Rick’s goal is to create a more dynamic economy by promoting the 7-part Entrepreneurial Mindset: confidence, responsibility, initiative, collaboration, innovation, execution and differentiation. With these skills, Canadians can build a much more prosperous country, and thrive in the increasingly complex global marketplace.

Rick is an entrepreneur, a business writer and speaker, and a consultant specializing in entrepreneurship and business growth. He has been chronicling Canadian entrepreneurship for more than 25 years, as editor and Publisher of PROFIT magazine, a weekly columnist for the National Post, and in his writings for other magazines such as MoneySense, Entrepreneur, Canadian Business, Alberta Venture, and Corporate Knights.

Rick is the author of Secret of Success from Canada’s Fastest-Growing Companies, and of the forthcoming Startups for Heroes: The Military Veteran’s Guide to Entrepreneurship. He has taught at Ryerson University and sits on the board of directors of a multinational, Canadian-based geophysical software company.

He is also a partner in ConnectInc, an organization that helps Canadians improve their networking skills, and an advisor to Startup Canada. Rick has also worked on content strategy and development for clients such as the Ontario Ministry of Economic Development, IBM, RBC, Visa Canada, UPS, HP, Lenovo and other leading organizations.

In 2014 he won the national Startup Canada award as Canada’s outstanding business journalist.

Rick invites you to join his crusade for innovation, jobs and growth by visiting www.canentrepreneur.com. His Twitter handle is @RickSpence.
Posted by Rick Spence at 8:19 AM No comments:

The 35 most famous people I have met. Plus, One Degree from Kevin Bacon.

Preparing for my phone interview tomorrow with Kiss co-founder Gene Simmons (he has a new book out about entrepreneurship), I wondered where he would fit in the list of celebrities I have met in my life.

These are some of the famous folks I have met in person, whether as a journalist, traveler, fan or parent. They are listed in approximate order of epic coolness:

John Cleese: Met over lunch in a rooftop restaurant in Monte Carlo. He agreed with my contention that Life of Brian is a better film than Holy Grail.

Dave Keon: Lent him a pen in an arena hallway. Never got it back.

Bobby Hull: Met and interviewed him at a community festival in Consort, Alta. He was the Guest of Honour.

Gerald R. Ford: Calgary Convention Centre. Chatted briefly about the potential for a U.S. invasion of Canada. (He assured me it would never happen. I was unconvinced.)

Elijah Wood (Frodo): At Four Seasons Hotel, Toronto, on LOTR press tour. My daughter was interviewing him, and I was just her escort.

Michael Moore: Sat together at annual meeting of Canadian Society of Magazine Editors, in Toronto. We argued over his proposal for a law prohibiting layoffs by Michigan employers.

Jan Peerce (renowned 1940s tenor , favorite of Toscanini): Interviewed him in Calgary hotel room, where he was still touring as Tevye the Milkman at age 75. https://www.google.com/webhp?sourceid=chrome-instant&ion=1&espv=2&ie=UTF-8#q=jan%20peerce

Joey Smallwood: In his home in St. John’s. Nfld. I interviewed him, mainly as an excuse to meet the last living Father of Confederation.

Mary Tyler Moore: At luncheon in Toronto. She still turns the world on with her smile.
Carol Burnett: At Ottawa airport.

Roger Bannister (first to run a mile under four minutes): In Vancouver.
Marshall McLuhan: In Windsor, Ont., and by phone from Toronto. 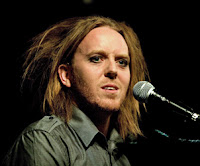 Tim Minchin: I held his shoes while he gave an autograph to my daughter outside a Toronto comedy club.

Rob Ford: Met him while participating in All-Candidates’ meeting in Toronto, 2010. Didn’t like him much.

Ray Bolger: The former Scarecrow was the mystery guest at a live taping of Front Page Challenge I attended in Windsor. Afterwards, he led the audience in an impromptu singalong of his theme song: "Once in Love with Amy." https://www.youtube.com/watch?v=puvavzSbgS0

Valéry Giscard d'Estaing, former president of France: he was one table over at a hotel dining room in the French Alps.
Paul McCartney: We passed each other at Rockefeller Centre, NYC. New Yorkers are too cool to care, so I left him alone.
Charlton Heston: I walked past his table in Toronto at the World’s Biggest Bookstore where he was signing books.

Dick Cavett: The once-controversial talk show host and I were the only visitors at a small museum in New Orleans. But we merely nodded to each other and did not speak.
Charles Bronson: two tables away at NYC comedy club, but he left early.

Hilary Duff: My daughter interviewed this teen popstar in an exclusive Toronto club while I played escort at the ground-floor bar.

Ted Danson: Saw him (with wife Mary Steenburgen) at a Hollywood taping of their short-lived sitcom, Ink. But I saw him again last spring on the streets of Monte Carlo.
Kevin Bacon: My daughter's babysitter nannied his kids while he shot a movie in Toronto. One degree of separation! 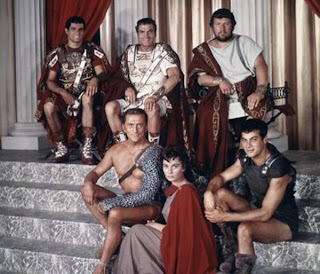 The lead actors in Spartacus, one of my Top 10 movies:
Peter Ustinov: To be fair, he was on stage in London, and I was just in the audience. Still, Peter Ustinov!
Laurence Olivier: I met his son Richard in Toronto, and we spoke later by phone.
Kirk Douglas: Umm, I bought a plaid couch from a Muskoka BandB that Kirk’s son Michael (and his wife Catherine Zeta-Jones) once sat upon.
Jean Simmons. I got nada. Except, Gene Simmons!

I’m pretty sure there are more. I’ll add to this list as the names come back to me.

First addition, later the same day:
Former PM John Diefenbaker, in Ottawa as a kid on a tour of the Parliament Buildings.
"Bad boy" sci-fi writer Harlan Ellison: NYC. To me, his most memorable work is Memos from Purgatory, for which he joined a street gang in Brooklyn.

Wayne Greztky: In Oilers dressing room, Edmonton, and at a Toronto book launch.
Posted by Rick Spence at 9:25 AM No comments:

Taking the 'work" out of Networking

Do you dread business-networking events?

Worse, do you consider them a waste of time, because all the people you meet are trying to sell you something, instead of buying from you as they ought to?

If so, it’s time to change your attitude. Next week, business coach Barbara Katz and I will show you a better way to meet people in our new presentation, Rethink The Way You Connect: Taking The ‘Work’ Out of Networking!

We’ll be presenting at 3:45 pm at the SOHO/SME Expo  in Toronto on Wednesday, Oct. 15. This will be a free one-hour seminar to close the show, and I can even get you into the show for free:
Just click here and use the promotion code Rickspence.

Why should you attend our seminar? We're going to bust the myths about networking, then show you how to do it better. And then we’ll give you a chance to try out what you've learned in small groups with other attendees. You can put what you're learning into action right away! I promise this session will be fun, fast-moving and mind-expanding.

If you wish, you can also sign up for SOHO’s after-party, which begins at a nearby King St. club just after our session finishes. So you can practice your new skills that very evening.

I'm delighted to be working on this with Vancouver-based SOHO, which has been running its SOHO/SME Expo across Canada for nearly 20 years. (Another edition takes place in Vancouver on Oct. 30.)

To find out more about the schedule and speakers at the Toronto show, click here.

If you want to see more of me, I’ll be taking part in two panels on Wednesday morning: a marketing panel at 9:30 a.m., and a finance panel, entitled “Money Money Money: How to Get It, Manage It and Grow It,” at 10:45.

Again, you can get a free day pass by clicking here and using that secret promotion code I mentioned earlier.

Finally, here’s the full bumph on our seminar. Please register soon, because seating is limited.

Networking is often thought of as a stressful chore, an unpleasant but unavoidable task for those who want to grow their businesses. But what if networking didn’t have to be so daunting? What if you could meet other business people in a fun, enjoyable way?
In this unique interactive workshop, Barbara Katz and Rick Spence will teach you:
And you’ll get to try out the new techniques with your fellow attendees. Bring your most pressing business challenge and find new solutions – by connecting with others in a fun, relaxed and effective way.

Posted by Rick Spence at 4:25 PM No comments: