This is No. 99 in our list of motivational business quotes. The series, begun in September 2006, ends next week with No. 100. Feel free to guess which Canadian Entrepreneur we have chosen to finish off our series. 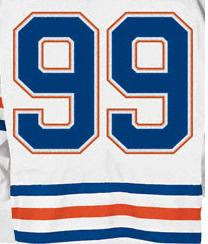 Two weeks from now, a bold new weekly series begins on this blog.

In the meantime, who else could we quote in our 99th week than Wayne Gretzky, the man who redefined hockey for a whole generation of sports fans? Hard to believe it’s been 29 years since I first met him in the Edmonton Oilers’ dressing room as a budding sports reporter for Alberta Report magazine. Since then he’s been named the top player in NHL history, and his jersey number, “99,” has been retired not just by the teams he played for, but by the entire league.

Not the strongest or fastest player on the ice, Gretzky developed a breakthrough strategy involving timing, anticipation and positioning. Journalist Peter Gzowski, who followed the Amazing Oilers for a whole season, thought Gretzky could “see” a play developing faster than anyone else in the game. It’s a powerful reminder of the importance of stepping back from a situation and seeing the big picture, rather than chasing everyone else around the rink – or your competitors around and around your market.

Gretzky’s unique and thoughtful approach to hockey produced a surfeit of motivational quotes that apply to sports and business alike. Here are just a few of them: 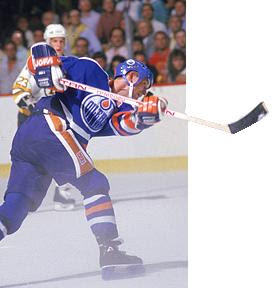 * “Procrastination is one of the most common and deadliest of diseases, and its toll on success and happiness is heavy.”
* “The highest compliment that you can pay me is to say that I work hard every day, that I never dog it.”
But my favourite motivational Gretzky quote involves his understanding of opportunity, and the sheer importance of taking a chance:
“You will always miss 100% of the shots you don't take.”
Posted by Rick Spence at 10:20 PM

Nice blog that is related to Entrepreneur. as you have said that Canadian entrepreneur through business and to develop this by their own ideas. Thanks for such an interesting blog.