What I did on my summer vacation

Just got back from a quick family vacation to New England and New York City.

We saw fabulous whale watching off Gloucester, just north of Boston. The season continues for another six weeks if you want a real thrill.

Other than one quick business trip, this was my first sustained visit to the Big Apple in 20 years. I can’t believe how New York has changed. The Manhattan of my youth – dirty, dingy, and always vague 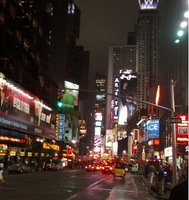 ly threatening – is once again the gleaming, bustling capital of culture and commerce that my mother used to talk about. (She was born in Brooklyn.) It was a fun, busy place to be, radiating energy and confidence.

Mind you, I didn’t walk from the Upper West Side to the South Bronx – as I did one Election Day 20 years ago – so I didn’t exactly go looking for the dark side, as I tended to do in my youth. But we drove from Central Park West to the Battery twice (!) in two days, so we saw a lot of the city, and it looked much more alive, and much more livable, than I've ever seen it before.

Those of you who go there often might have no idea what I’m talking about. But I managed to get to New York a lot more in my teens and 20s than I do now, and I remem 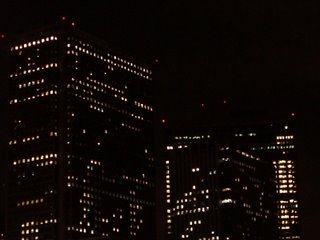 ber when it was falling apart and a sordid symbol of American failure.

I’ve often quoted former NYC mayor Abe (“How'm I doing?”) Beam when speaking on the importance of soliciting feedback. Well, congrats to him and all his successors on a runaround of epic proportion.

I’m still pumped up from the trip. I drove downtown (in Toronto) yesterday in about 16 minutes, marveling at how slow and non-aggressive the local drivers are. Sure, drivers in Manhattan are crazy (especially the cabbies, who will risk all our lives to gain a car length on you), but the energy New Yorkers bring to bear in their daily lives is something most Canadians could use a lot more of.
Posted by Rick Spence at 4:29 PM

Rick, I am an unabashed New York fan, as a native of that city and now a resident of the Toronto area.

You are right. The New York of today is much different (and cleaner) than the city I lived in more than 20 years ago.

One quibble: It was Ed Koch, not Abe Beam, who used to walk around and say, "How am I doin'?" See Wikipedia: http://en.wikipedia.org/wiki/Ed_Koch

Oops. Thanks, Donna. Of course it was Ed, and I checked my speaking notes on that and found that I got it right in my seminars.

It's just when I wing it that I get into trouble. (A good reminder to bloggers everywhere.) Thanks for the reality check.