Learn from the past, or forfeit the future

(This post has been cross-posted from New Management Welcome, my part-time blog on chronic business blunders)
Holy Lemons! A study quoted in a recent New York Times GadgetWise column says 20.4% of laptops fail over three years.

The study, produced by SquareTrade, an online vendor of extended warranties, found evidence that netbooks fail at a higher rate, 5.4% in the first year of use compared with 4. 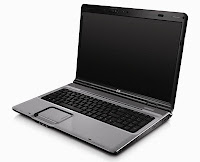 2% for a premium-level laptop.

The study also says the accident rate for laptops is another 10%, so the total failure rate over three years is closer to 30%.

What’s most fascinating is that different manufacturers have compiled startlingly different failure rates.

SquareTrade concluded that Asus and Toshiba laptops fail about 15% of the time. At the other end of the scale is Hewlett-Packard, with a failure rate of more than 25% (my first laptop was one of those statistics - right out of the gate).

How sad is it that the report concludes, “In some cases, it would appear that failure is not only an option, but the expectation.”

We need higher manufacturing standards. Yes, price points are competitive, but the failure rate is just too high.

The big U.S. hardware brands should recall what happened to Detroit in the 1970s when foreign carmakers got the unique idea to focus on quality.

Learn from the past, or forfeit the future.
Posted by Rick Spence at 10:53 PM

Yes, I would agree with you that manufacturers of electronics should consider the importance of quality a top priority in order to build brand loyalty.

Unfortunately, however, we live in an era where "built-in obsolescence" is the norm, with products becoming out of date so quickly that the idea of making them so that they last a long time doesn't SEEM to makes sense to most manufacturers.

But there is, in my opinion, a limit to how far you can take this concept of saving money on quality in order to force the consumer to upgrade sooner than later, and your sobering statistics hold testament to that.