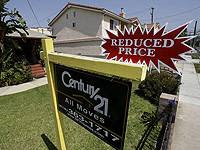 What's the scoop on this “subprime” real-state crisis that has wafted out of the U.S. to slow the Canadian economy?

Carl Hausman, editor of the Ethics Newsline of the Institute for Global Ethics, offers a useful summary in his Aug. 27 newsletter. Here’s an edited excerpt:

"Subprime lending" usually means lending to borrowers with low credit scores or with low income and few assets. As with almost any investment, expected return to the investor is based on risk, and in the case of subprime real estate lending this translates to a higher mortgage rate.

Another aspect of risky investment is that investors often hedge their bets by spreading the peril, putting the most fragile eggs in different baskets or selling a whole basket of fragile eggs to someone who understands and can withstand the potential loss. In the rarified air of high finance, the eggs are sliced and diced and newly created financial vehicles are sold to those with different appetites for risk…

Those vehicles then morph into an alphabet soup of financial vehicles bought and sold among financial institutions. The most basic are residential mortgage-backed securities (RMBSs), which are sometimes repackaged and resold as collateralized debt obligations (CDOs)….

It was these CDOs that provided the tip-off that something was wrong with the subprime industry when one hedge fund used them as collateral to borrow money from an investment bank. The investment bank tried to sell the CDOs but couldn't, and sniffed out the fact that some of the eggs had gone bad. (Buyers figured out that the collateral was shaky.)

What happened? To (over)simplify, many subprime loans, which make up about 8% of the total U.S. mortgage market, were written as adjustable loans at a time when interest rates were low and housing prices were regularly appreciating. If rates went up, so the reasoning went, so would housing prices, enabling the buyer to cover the obligation by refinancing. More ominously, some subprime loans offered low "introductory fixed rates" that actually were due to be reset in a couple years at much higher variable rates...

The result? "According to one firm that tracks home loans, a subprime mortgage that originated between one and three years ago will cost, on average, about $400 more per month today. Many loans with "introductory fixed rates" will be reset at monthly rates $1,500 higher than when they were written.

"As a result, defaults are skyrocketing, and that's bad news for everybody...”

* Lack of personal responsibility. The people affected are, the argument goes, adults who took on obligations that in many cases they should have known were more than they could handle.
* Lack of corporate responsibility. Industry critics contend that the schemes were confected to take advantage of consumers who cannot be expected to analyze all the intricacies.
* Lack of responsibility in the links of the chain of businesses involved in subprime lending. Some of the key players in the process handled only a piece of the transaction and didn't worry about the eventual outcome because they didn't shoulder any of the risk.
* Potential conflict of interest in the sale and resale of financial vehicles based on subprime products. In an August 19 editorial, the Washington Post notes that many subprime-related securities that now are in the financial toilet started out with Aaa ratings. Could it be that rating agencies were less than scrupulous? The agencies, noted the Post, “get their information -- and their fees -- from the investment banks that underwrite the securities the agencies rate. You can see how this might lead to grade inflation."

Read the full post here.
Posted by Rick Spence at 10:07 AM