My daughter just got back from a cruise of the Baltic Sea region (verdict: rainy, cold, absolutely fascinating!). She was especially keen on Estonia, a country she had barely heard of. In fact, since it has been dominated by Russia/the Soviet Union for most of our lives, few of us know much at all about Estonia or its neighbours, Latvia and Lithuania.

InfoExport Canada, the federal agency that helps exporters, is hoping that will change fast. It’s urging Canadian entrepreneurs to catch on to the opportunities presented by these three “Baltic Tigers.” 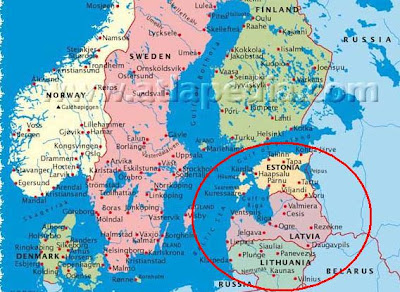 “Since accession to the European Union in 2004, these countries have posted the highest growth rates of any member country. So it comes as no surprise that American, European, Nordic and Asian companies have set up shop there to sell, invest and use these three countries as launching pads to the more than 640 million consumers in Russia and the EU.”

Canada's ambassador to Latvia, Lithuania and Estonia, Claire Poulin, says now’s the time for Canadians to do business there. "They have only been independent for 16 years, which is very little in the history of a country, so what they have achieved so far is nothing short of amazing."

Estonia is now Europe's leader in e-government and e-education, and Lithuania is a transportation powerhouse. "For Canadian companies, some of the biggest opportunities in all these countries can be found in construction and building products (including green building products), the agri-food sector, information and communications technologies, and energy and environment," says Poulin.

She says the infusion of massive infusions of EU 'structural funds' are fuelling a boom in residential and commercial construction, as well as energy, railways, roads and IT.

A caveat: Fifty years of Soviet rule left a legacy of corruption. ‘As the Baltics start to meet EU standards, corruption is getting harder to hide," says Poulin. "These countries are working hard to assure foreign companies that these are very good places to do business.’"

Overall, says Poulin, “Income and corporate tax rates are low, and EU and NATO accession has given these nations a boost of confidence. There are too many opportunities to ignore.”

For more information, contact Irena Cirpuse, Canadian Embassy in Riga, and go to http://www.infoexport.gc.ca/.
Posted by Rick Spence at 7:52 AM