This didn't have to happen

Brett Popplewell of the Toronto Star has a touching story today about the pending closure of one of Canada’s oldest businesses: Gibbard Furniture Shops of Napanee, Ont. The furniture maker is 173 years old, and one of Canada’s last pre-Confederation factories. 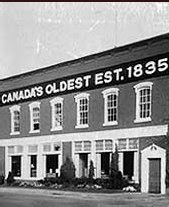 Gibbard makes carefully detailed, lovingly finished high-end furniture. It was once described by Eaton’s as “the aristocrat of cabinetmakers.” Its website still boasts of “our twenty-step finishing and rubbing process.”
Closing the doors "was the hardest decision that we ever had to make," said Bruce McPherson Jr., who owns the business along with his two brothers and his father. "The company has been up for sale for 15 months, and although we had a lot of interest, it just wasn't happening."
The Star blames Gibbard's pending demise on cheaply manufactured offshore imports. Well, that and the fact that a mahogany dining table and chairs from Gibbard sell for $7,900, vs about $900 for an imported set made with veneered particleboard. 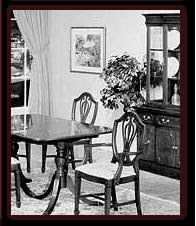 The writer says “it's a source of pride to McPherson” that Gibbard never lowered its standards. Yet he also notes that McPherson “lowers his eyes to the floor and speaks with a hint of regret” as he says, "We maybe didn't need to pay as much attention to detail."
McPherson knows the real problem. He says, "We make furniture that lasts a lifetime... People don't want that anymore."
I hate to see old traditions and heritage industries die. But the fact remains that business is about creating what the market wants – not what you feel like making. If you just want to amuse yourself, you become an artist and starve. If you want your business to survive and thrive, you do what the market tells you.
As I told an audience in Markham the other day in my speech on Marketing in an Uncertain Economy, “Change is part of life and a key part of business. Stability is the exception. We must always be ready for change, and ready to change.”
You can't fall in love with your product. Popplewell writes that a highlight of Gibbard's factory showroom is an 1869 walnut buffet table. According to McPherson, “An elderly lady had this piece in her family for years. She was getting old and wanted to give it away as an heirloom but none of her family wanted it. So she gave it to us.”
I feel for the McPhersons and the 85 employees who stand to lose their jobs. Hopefully, many of them will stick with their work as artisans, and keep the spirit and craft alive.
But when people can't give your product away, it’s change or die.
Read the original story here. It’s terrific, sad and enlightening.
Posted by Rick Spence at 9:27 AM

Email ThisBlogThis!Share to TwitterShare to FacebookShare to Pinterest
Labels: recession

Being from the Kingston/Napanee area I was saddened too by the loss of Gibbard.

I was wondering, what if...
Gibbard would take back old, solid wood furniture and REUSE/RECYCLE the wood to make new furniture. Wouldn't that be great! No more cutting down trees, no more half broken solid wood in the land fills.