Great story by Susan Down in today’s Toronto Star on Richard Magnussen, whose Waterloo, Ont.-area furniture company has responded to free-trade pressures by becoming an integrated international furniture producer. 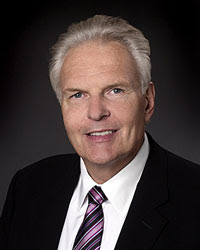 It’s the sort of story we need to read more often to help us remember that every threat is also an opportunity – and that Canadians can succeed in world markets.
The money paragraph is here: after starting as a tiny producer of hand-crafted tables, Magnussen Home Furnishings moved into the U.S. market following the free-trade agreement with the U.S. in 1988. "We either had to compete or get out of business," says Richard.
Today the company has manufacturing centres in China, Vietnam and the Philippines. Why is this good news for Canadians? "When we went international, we actually employed more people locally than we did manufacturing," says Magnussen. 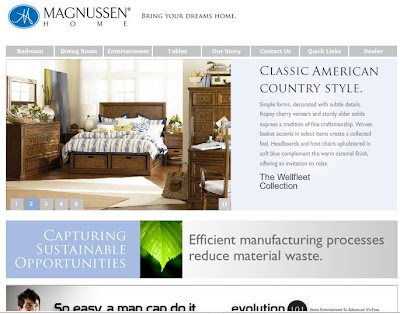 The U.S. market accounts for 75% of Magnussen Home's sales, and Canada has 20%. But the company’s promising new markets include the Middle East, New Zealand, Germany and Korea.
Of all his business skills, says Magnussen, "The thing that is most important is the ability to manage change."
This Friday, Magnussen will receive a lifetime achievement award from the Canadian Home Furnishings Alliance. Congratulations to a visionary Canadian entrepreneur.
You can read the full story here. It will restore your faith.
Posted by Rick Spence at 7:25 AM