Okay, I am live-blogging a sneak preview of Wednesday night's season finale of Dragons' Den. Thanks to the CBC for the preview copy.

I am just going to write down my thoughts as the show goes by. This could be a long post.

Thought 1: It's a special flashback episode exploring the Dragons' roots. Sounds good. The title? The Road to Riches. Seems a little banal. Unless that's all their individual journeys were about - and I'm pretty sure that's not the case.

Brett Wilson: Energy Maverick: Starts out with Wilson's annual garden party for charity. Calgary's "creme de la creme" turn out - can't the CBC writers think in anything but cliches? Now Brett is showing off his "priceless" collection of Canadian art. Then we're off to his hometown of North Battleford, Sask. "We grew up in a province that was built by entrepreneurs," says Wilson. We meet his parents, and Brett chokes up as he tells how his dad gave up a lucrative job in the oil patch to stay closer to home with his young family.

Brett then shows us his dorm room at the University of Saskatchewan, where he was delighted to find a whole roomful of "geeky brain kids" like himself. There "he became a top student thanks to his knack for numbers." (Cue a clip of him ripping apart a hapless pitcher on Dragons' Den. ) Wilson took a job brokering oil properties in Calgary, where he says he and his partners were "in the catbird seat." He was soon making $150,000 -- a month.

But now Wilson admits he neglected his family in those early years, working all the time and pretending it was for them. "My father did it right," he says. "He was around for his family." In 2001 he and his wife divorced. And on the same day he learned he had prostate cancer.

Brett beat the cancer, but he says the diagnosis was his wake-up call to straighten out his priorities. Now a committed philanthropist, he says he's learned that wealth "can create opportunities to change people's lives."

Next, we go back to Zbjeg, Croatia with Robert Herjavec, east of Zagreb. We meet the aunt and uncle who raised him on a farm. "We were poor financially, but we were never devoid of spirit or love... what a great way to grow up."

At 8, his family fled to Italy, then to Canada. We see Robert tear up at seeing his childhood apartment again in Rexdale - a place his wife has never seen. "This country is a great place," he sniffs. "You really can be anything you want. It's incredible."

As we visit his Bridle Path mansion, he says that "my favourite part of being wealthy is the sense of worth and self-confidence it gives me - not just for me, but for my mom and dad, for the sacrifices they made. I feel good about what my dad went through to get to this country." Then the family plays a game of Monopoly.

Part III: Jim Treliving, "Franchise Baron." The ex-Mountie head of Boston Pizza got to the top through hard work, and shows us he still knows how to make a pizza. We go back to Virden, Man., where his father was a barber, and "being a cop is about as big as a boy could dream." 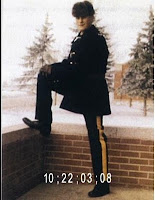 We also visit the house he grew up, where he used to sneak out the back window at night and come back in the same way. At 19 he joined the RCMP: "For nine years Jim moved constantly, policing gritty small towns in the West." (Cue clips of Jim thowing pitchers out of the DD studio for crimes against business.)

Then one day Jim ate at an Edmonton restaurant called Boston Pizza, where he watched young people throw money around and figured the owner earned more in a week than he did in a year. He told his dad he needed a hand to buy into the restaurant; his dad said "No you don't, you need a psychiatrist." We then visit the site of his first restaurant, in Penticton, BC. "After we closed at 3 in the morning, I scrubbed the floor... we never had a day off for two and a half years."

Jim was still living hand to mouth when he met local accountant George Melville , who brought "needed financial discipline" to Boston Pizza. They've now been partners for 40 years. And they still share the same office. "George and Jim eventually bought the entire company and turned it into a billion-dollar empire," says the CBC narrator.

It was no overnight success, says Jim from his two-story penthouse with the floor-to-ceiling windows overlooking Vancouver's North Shore mountains. "It took us probably 10 years to get to where we started to see some actual money that we could hang onto."

"You have to jump onto an opportunity when you see it. Take a ride and see what happens."

Part IV: Arlene Dickinson, "Marketing Maven." We meet Arlene by the pool at sunset at Casa Dickinson, overlooking the ocean in Puerto Vallarta, Mexico. "It's a lifetime away from Arlene's frugal days as a single mother," says the narrator. 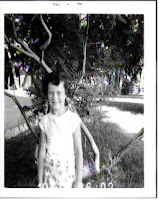 Arlene was born in Germiston, South Africa, near Johannesburg. Her father moved the family to Canada for a better life, but she says they grew up poor. "We had absolutely no money because my parents had given up everything that they possessed in order to emigrate to this country." She takes an emotional trip back to her parents' first home in Calgary, where she lived till she left home at 16.

Dickinson says she bought into the 60s notion of husband, house and kids. "I really did believe it was all about getting married and having children, which was really a goal for me. It was all I really ever wanted." She married at 19, had four kids by 27, and then became a single working mom following her divorce. With no formal education and few skills, she took on a series of menial jobs.

"There's a lot of despair when you're a single mom and you're trying to take care of your children and take care of yourself, and you don't really know how you're going to do that.... How am I going to be able to manage this?"

Her big break came from getting a marketing job with Venture Comunications, later becoming a partner, then sole owner. "Material things are wonderful to have," she says now, "but at the end of the day, nothing matters more than the people you love. Nothing."

Part Last: The Dragon King, Kevin O'Leary.
How did Kevin O’Leary become the fearsome dragon? We see his childhood home in a middle-class Montreal suburb, and home movies of his mom and a birthday cake. After his father died, his mother married a management expert who took the family all over the world – to Cambodia, Tunisia, Cyprus, Switzerland. 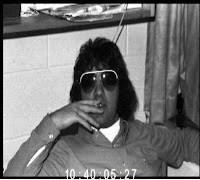 The stepfather also urged the teenage Kevin to put down his guitar and pick up a book. “Kevin was unpredictable when he was a teenager,” he says now. “We spent many sleepless nights thinking about his future.” Great picture of his mom’s car after Kevin totaled it.

We also visit a shopping centre where O’Leary got his first job scooping ice cream. And where he was fired for refusing to scrape the gum from the floor. “I could buy this place now and bulldoze it if I wanted,” he says. And he means it.

“I have never ever in my life worked for someone again,” he says. “No one has ever had control over me, ever, and never will.” He reaches for a Kleenex to dry his eyes.

Then we see the Toronto basement where Kevin started his first software company – Softkey – with a $10,000 loan from his mother. That journey ended by selling the resulting company to Mattel for $3.7 billion. (By then I had already put O’Leary and his then-partner on the cover of PROFIT Magazine in 1992, kicking off his rise to media superstar, but that somehow got overlooked on the show.)

Finally, we get to see Kevin’s giant Muskoka cottage as he purrs, “Welcome to Fantasy Island.” We visit his wine cellar and see him climb into the hot tub overlooking Lake Joseph. “You have to find a business you fall in love with,” he says. “Because I don't believe entrepreneurs ever do things they don't want to do.”

The show ends with Kevin opining that money gives him freedom, and freedom is power.

Verdict on the show: Fascinating gossipy stuff. Not much about how they achieved their business success, but “Must” viewing if you want to understand where these Dragons are coming from every day.

Few multi-millionaires (or any Canadian TV personalities) tolerate the personal media exposure that Dragons’ Den requires, so the five Dragons have probably become Canada’s most famous and best-known rich folks, ever. (What did any of us know about E.P Taylor beyond his racehorses?)

The Dragons are human enough to fuel any emotion you want: envy, contempt, respect and pride. What you think about the Dragons probably says more about who you are than who they are. And knowing who you are is the solution to everything.

Cheers to next season! Auditions are now open.
Posted by Rick Spence at 11:49 PM