Jousting with the Dragons

While we're talking Dragons' Den (see previous post re my summary of the tear-jerking season finale), the Toronto Star itself has gone Dragon-happy.

It's been running in-depth profiles of each of the 5 Dragons. The series kicked off last Saturday with Kevin O'Leary, probably since he is the best known and most controversial dragon.

Nobody's better than the Star's Jennifer Wells at digging up info and revealing character. In her March 13 O'Leary profile, she dug into the securities records to determine that he's probably not as rich as you think. When the CBC trumpets about selling his company to Mattel in a $4-billion deal, it doesn't tell you he was just a minority shareholder in what was then a public company.

She figures he owned about a million shares (about 1% of the total?), which would have meant a $33-million payout. Kevin says he owned more shares than that, and probably did. But that's still a long way from Billionaire Acres.

Wells' article concludes with this happy quote: "I have a very simple objective in life," says O'Leary, relaxing now into his second glass of Tignanello. "I want to go to bed richer than when I woke up. It's that simple." 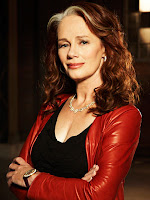 Sunday's story on Arlene Dickinson reveals a little more about her working life, including the fact that three of her children work for her, that her firm Venture Communications has about $45 million in gross revenue, and that her business is based on telling brand stories.

The article also reveals the secret of the white streak in Aelene's hair. But you'll have to read the story itsel 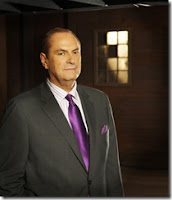 In yesterday's article on Jim Treliving, we learn why this 68-year-old is still a babe magnet. Which this blog won't go into.

Today's story goes to town on "The Nice Dragon." Writer Francine Kopun probes some of the disparities between the growing legend of Robert Herjavec and the real story. What did he pay for his mansion? How much did he get for selling his first company? Does he really own his own island? Nice to see a celebrity story that doesn't skirt the tough questions.

Best moment? After probing Robert's $7.5-million purchase of his Bridle Path home with indoor pool, which marked him as a Torontonian to watch long before Dragons' Den, Kopun gets poor Robert to admit, "I'm nuts. Nobody is ever going to pay that kind of money again for this house."